In an interview with Saturday Beats, the disc jockey explained why she refused to honour the invitation. 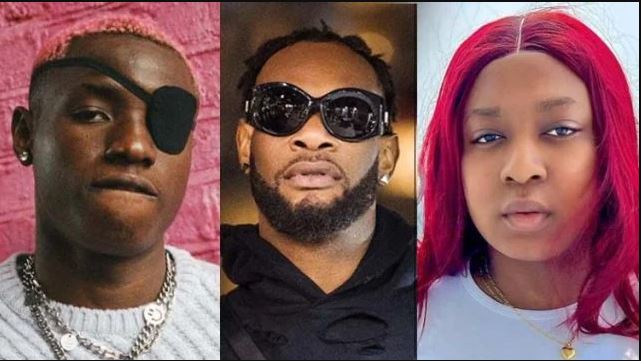 Rachel Martins, the Nigerian disc jockey, popularly known as DJ Dimplenipple, was recently in the news when she called out singer and record label owner, Charles Enebeli, aka D’Prince, for asking her to meet him in a hotel for a business meeting.

In an interview with Saturday Beats, she explained why she refused to honour the invitation.

She said, “I never had issues or any business with D’Prince, and that was not my first job as an influencer. I have had meetings at hotels. So, when I saw those comments (criticising me), I just laughed. I have worked with so many artistes. You want us to do business and you say, ‘Hello dear’ and ‘Can I come to a hotel’? For what? All I had to do was ‘vibe’ to your artiste’s song, and that could be done over a call or even a chat.

“Since we were not signing any contract, what were we going to be discussing at the hotel? Why did he suggest a call, then block me? Everyone wants to act smart and sound ‘woke’. Why did he (D’Prince) lock his comment section if he had nothing to hide? I had nothing to gain from calling him out. I have always minded my business. I can stand by what I said anytime.”

Responding to Ruger, an artiste signed to D’Prince’s label, who stated that she would be sued, Dimplenipple said, “I don’t have any business with Ruger. I won’t exchange words with him. I will be waiting to hear from their lawyers. He is probably going through trauma from the harassment (he suffered on stage recently) and that’s not on me. He should deal with his problems. I guess we will see each other in court.”

On whether it is tougher being a female DJ than male, she said, “It is actually tougher being a female in the entertainment industry, not just as a DJ. But, I thank God the game is changing gradually and we are finally being seen for what we can do and not what gender we identify as. One has to rise above all that and keep fighting.”