Recall we had reported that the singer had died some days back of suspected throat cancer. 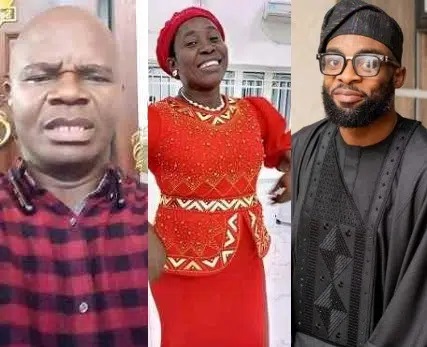 A man of God, Pastor Victor Ativie has accused late gospel singer, Osinachi Nwachukwu‘s husband, Peter Nwachukwu of being an evil man.
According to Ativie, Peter refused to give the singer the money he paid to her after ministering in his church.
Recall that we reported that the singer had died some days back of suspected throat cancer.
Since her death, reports have been awash on social media alleging that her husband was responsible for her death.
Sharing his own story, Ativie said:
“The man has killed her. Man without vision. Man that is jobless. Man that is lazy. She came to Benin to minister to us. As she came, she wanted to even stay till the next day but the pressure was too much. The man, the way he discusses money with you..He is too carnal.
I know that if a preacher comes, you should bless the person but you see, I don’t like when a thing is too physical.
The way the man was discussing money will even make you hate the woman’s gift but the woman carries something that is too deep that you cannot ignore.
After they had negotiated and we have paid fully, the woman came, ministered and left. The evening after she left, she called me and said ‘Sir, did you send any love offering?’
We sent it one month before she came but he didn’t tell the woman. Evil man. He didn’t tell the woman that we have sent anything. We sent it one month before she came.”
Watch video below: