How Nigerian Actor, Dejo Tunfulu, Who Was Diagnosed With Kidney Disease, Died At Ikorodu General Hospital


The death of the actor, popularly addressed by his stage name, Dejo Tunfulu, came as a shock to many Nigerians, especially those who were unaware of his ill health. 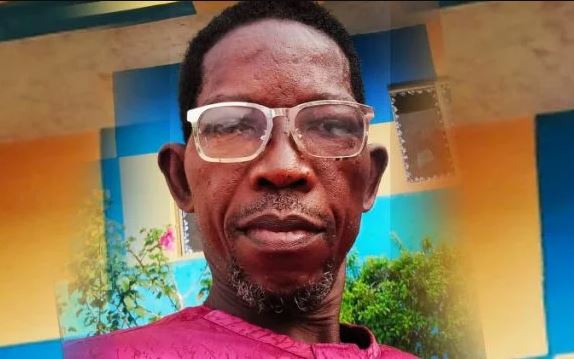 Many fans wished it was an April fools joke when on April 1, 2022, news filtered in that Adekunle Adetokunbo, an actor known for his comic performances and hilarious appearances in Yoruba movies was dead. It, however, turned out to be true.

The death of the actor, popularly addressed by his stage name, Dejo Tunfulu, came as a shock to many Nigerians, especially those who were unaware of his ill health.

Following allegations of medical negligence levelled against the Ikorodu General Hospital and the wide outcry that it generated, PUNCH Healthwise, interviewed his family members, acquaintances and fellow actors to get a good grasp of what actually transpired.

First, it was gathered that the 53-year-old, battled with chronic kidney disease for several years.

It was also learnt that Adetokunbo, who resided in the Ikorodu area of Lagos, became critically ill in the early hours of March 31.

PUNCH Healthwise gathered that when the family members could no longer manage his condition at home, he was taken to a private hospital, where he had been receiving medical treatment.

It was learnt that the unnamed health facility refused to treat the actor and quickly referred him to Ikorodu General Hospital.

According to Adetunji, the actor’s second son, “It started around 2am. We tried to feed him but he won’t accept anything. Around 4am, we did not understand what the problem was and took him to the private hospital where he uses, but the doctor sent us to Ikorodu General Hospital, saying it is not something they can treat.”

The 27-year-old told our correspondent that his father could not talk and was already paralysed.

Adetunji said when they got to the Ikorodu General Hospital, his father was attended to and tests were conducted.

Unfortunately, Adetokunbo, who did not spend 24 hours in the public facility, died before the results of the test were out.

When our correspondent visited the Ikorodu General Hospital, a health worker familiar with Adetokunbo’s case, said when he was brought in, he had emaciated so much.

“He was so lean that it was from the shape of his head that I knew it was the popular Dejo,” the source, who craved anonymity, said.

Another source told our correspondent that as of the time he was brought to the facility, his Packed Cell Volume, a measurement of the proportion of the red blood cells in the body, was less than 20 per cent.

PUNCH Healthwise gathered that the average PCV of a male is between 40-45 per cent.

“They brought him in with 18 per cent PCV. So he needed to have a blood transfusion. Before his death, he had been transfused with two pints of blood. It was when the medical director and his team were conducting ward round on the night of March 31, that the doctor on duty was told to get the second pint of blood,” the source said.

This information was corroborated by his son, Adetunji, who said his late father had blood transfusion and that they were made to pay N7, 500, to have the two pints of blood screened.

A veteran actor and close associate of the late Adetokunbo, Remi Shitta-Bey, told our correspondent that the deceased was only diagnosed with severe malaria and claimed to have a copy of the medical report.

When our correspondent requested for a copy, Shitta-Bey promised to provide it later.

“If they need it, I will present it, but I won’t give anyone a copy now,” he said.

However, in addition to Shitta-Bey’s claims, it was reliably gathered that the late actor was previously diagnosed with chronic kidney disease.

A family friend, who did not want his name to be mentioned, said he was aware that the late actor nursed the disease for months.

“I don’t know if the family was aware, but he once confided in me that he went to get his drugs. I’m not sure if his children are aware but they should be,” he said.

However, during the interview with PUNCH Healthwise, Adetunji was silent on the medical history of his father.

“We still spoke on March 30, and everybody in the neighbourhood knew him to be very jovial and a fun-loving person. It was as if he knew that he was going to die because of the things he was saying.”

According to a medical practitioner, Dr. Aina Peters, chronic kidney disease is a slow and gradually progressive condition that causes kidney dysfunction.

He explained that if one of the two kidneys in a person stops functioning correctly, the other may still carry out normal functions.

“A kidney may deteriorate to a certain level of dysfunction and not get any worse. Sometimes, however, the condition may progress to kidney failure,” he added.

Though Adetunji believes that his father’s death was the will of God, he told PUNCH Healthwise that the actor could have survived if the doctor on duty had attended to him 10 minutes before he gave up the ghost.

He recounted, “I was with him and won’t say something and take it back. I told the doctor on night duty that his breathing had changed but the lady said it was due to the blood transfusion.

“Maybe if they had responded to me then, he would have survived. It wasn’t more than 10 minutes after I spoke with the doctor that he gave up the ghost.”

On his part, Shitta-Bey, said, “I was there when they took him to hospital in the early hours of Thursday. They called me because I am the chairman of his caucus, the Ire caucus.

“I joined them at the hospital, spoke with the doctor and provided all that they said they needed. We were told that he needed blood around 11pm. I went home after that. It was when I woke up around 7am that I heard that Dejo had died. I was called when he passed on, but I had gone to bed and my phone was on silent mode.

“When I got back to the hospital, I leartnt that it was the negligence of the doctor on duty that killed him. I was told that he was abandoned after they gave him water to drink. Had it meant that four to five doctors attended to him and were checking up on him regularly, this wouldn’t have happened.”

The veteran actor claimed that no fewer than six corpses were brought out of the emergency unit where the late actor was admitted.

“I saw corpses that were being taken out one after the other from the emergency unit. We don’t value human lives in Nigeria. Abroad where I lived for years, the doctors will first attend to you before demanding for money. There is also insurance that will take care of you here,” he said.

Meanwhile, the management of Ikorodu General Hospital in a statement signed by  its spokesman, Yekini Saheed, and made available to PUNCH Healthwise, claimed that the, “late Adetokunbo had been battling with multiple organ failure and immunosuppression with attendant remarkable weight loss, poor appetite, laboured breathing, and increasing weakness for months before presentation.”

“He was said to have complained of headache, vomiting and sudden collapse resulting in weakness on the left side of his body, which started hours before presentation at our A & E.”

The statement noted that upon presentation, he was promptly attended to.

“He was subsequently reviewed by our medical team that same morning and was feared to have suffered a stroke with very low blood level in addition to end-stage immunosuppression which led to further tests that were requested.

“Despite the late presentation and severity of the deceased’s condition at the point of admission, the unfounded rumours making rounds made a mess of the selfless and frantic efforts of our medical team.

“We appeal that it is important that people should always verify information, and extract facts before rushing to the media. Whipping up sentiments to misinform the populace and gain public sympathy at the expense of health givers is unfair.”