2023 Elections: 53 Commissioners, Others Resign In States As Buhari’s Ministers Refuse To Leave Office


commissioners and appointed government officials in states have resigned in droves ahead of the 2023 general election. 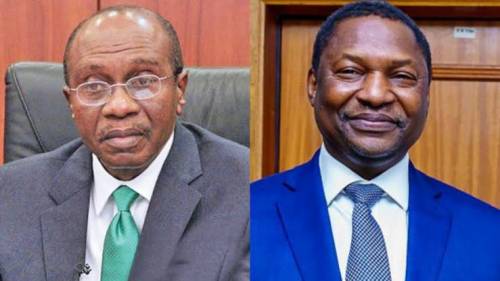 Ahead of the 2023 general elections, at least 53 commissioners and aides of state governors have resigned across the 36 states.
Those who resigned did so in accordance with section 84 (12) of the amended Electoral Act.
However, ministers and appointees of President Muhammadu Buhari like Rotimi Amaechi (Transportation), Senator Chris Ngige (Labour & Employment), Abubakar Malami (Attorney-General of the Federation/ Minister of Justice) and other heads of federal agencies who are eyeing elective positions are yet to resign.
Meanwhile Amaechi has since declared for the presidency, Ngige, barring any last minute-change, will today declare for the same position. Malami, on his part, according to sources around him, is set to contest the governorship election of his home state, Kebbi.
Many heads of federal agencies have also indicated interest in contesting governorship, senatorial and House of Representatives elections.
According to Daily Trust, the Director-General of the Nigerian Maritime Safety and Administration Agency (NIMASA), Bashir Yusuf Jamoh, at the weekend commenced consultations for the Kaduna State governorship seat.
According to Section 84 (12), “No political appointee at any level shall be a voting delegate or be voted for at the convention or congress of any political party for the nomination of candidates for any election.”
The president is yet to make any statement in this direction.
Buhari had written the parliament requesting that the section be deleted. The lawmakers rejected the president’s request. The matter went to the Federal High Court, Umuahia, where Justice Evelyn Anyadike voided the clause, on the ground that it violates the 1999 Constitution. Daily Trust reports that the parliament has since appealed the judgement.
No fewer than 12 commissioners and aides of Governor Abdulrahman Abdulrazaq of Kwara State have so far tendered their resignations to contest for various elective positions come 2023.
In Kano, at least ten commissioners have resigned their appointment to be able to pursue their individual political careers, with nine of them resigning a few hours after the 48-hours ultimatum given to them by the state Governor, Abdullahi Umar Ganduje.
In Delta, it was reported that Ovie Agas, the Chief of Staff to the state governor, and nine commissioners have resigned their appointments.
Similarly, six commissioners in the cabinet of the Akwa Ibom State Governor, Mr Udom Emmanuel have so far resigned their position to pursue their different political ambitions.
In Benue State, four commissioners resigned from office to enable them to face their 2023 political ambitions.
Rivers State is not left out of the gale of resignation as the Secretary to the Rivers State Government, Dr Tammy Danagogo; the Commissioner for Finance, Isaac Kamalu; Commissioner for Sports, Hon. Boma Iyayi; Special Adviser to Governor Nyesome Wike on Special Projects, George Kelly and the Accountant General of the state, Asimilaye Fubara, have all resigned in a bid to take over Brick House in Port Harcourt.
Top Stories