The incident, according to a statement by the spokesman of the State Fire Service, Hassan Hakeem Adekunle, occurred at about 07:50HRS as a result of power surge. 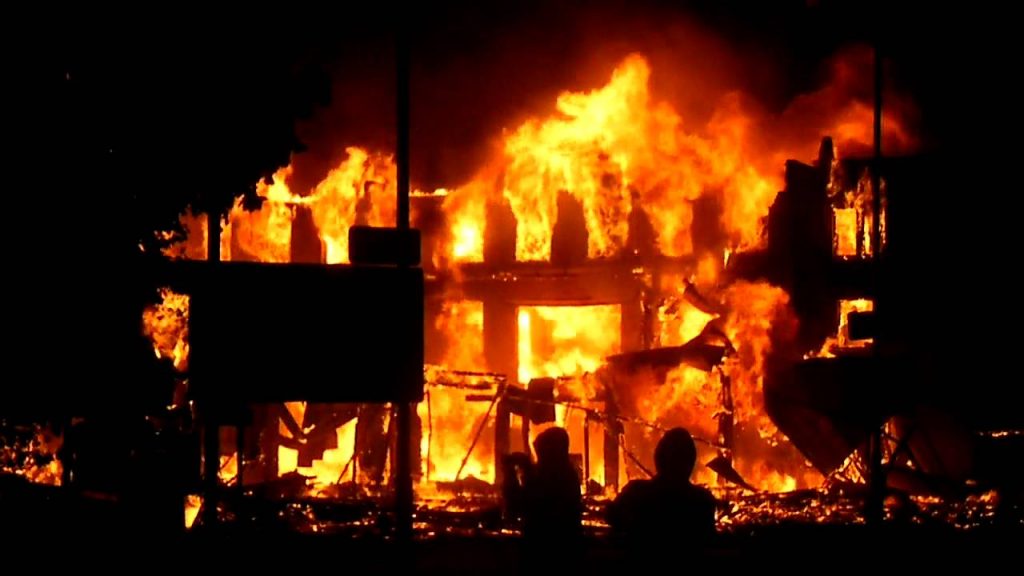 According to report by Daily Post, a residential storey-building of three flats was Tuesday razed by fire in Ilorin, Kwara State capital.

The incident, according to a statement by the spokesman of the State Fire Service, Hassan Hakeem Adekunle, occurred at about 07:50HRS as a result of power surge.

He revealed that firefighters also found a pressing iron plugged in a socket during the rescue operation.

“The lead officer of the firemen, who led the rescue operation, revealed that although the fire was caused by power surge, a pressing iron was also plugged in,” the spokesman said.

Hakeem said while the conflagration was huge, firefighters were, however, able to extinguish the fire in no time.

Out of the three flats in the building, only one flat was consumed by the inferno and the two remaining ones were rescued by the firemen.

The Director of the Kwara State Fire Service, Prince Falade John Olumuyiwa, urged the residents to always cultivate the habit of switching off their electrical appliances before bedtime.

He explained that this would help them to prevent the chances of fire outbreaks in their various homes and also drastically reduce it.