The kidnapped victim became sick, and was at the point of death, that they released him. 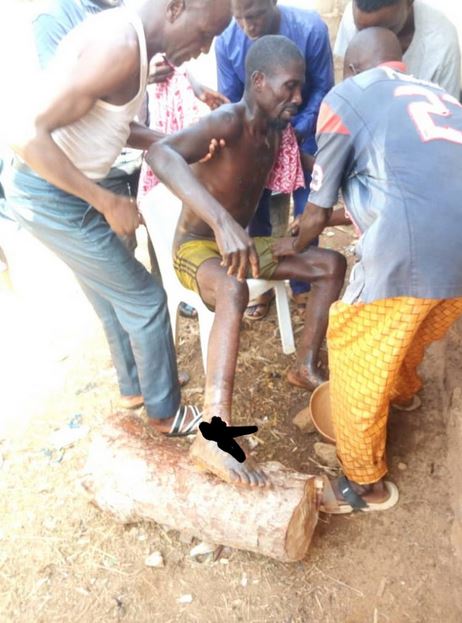 Mr Musa Madaki, the younger brother of the Peoples Democratic Party (PDP), Chairman in Kasuwan Magani, Kaduna has been released by bandits on Thursday morning.

Recall that kidnappers stormed Kasuwan Magani two months ago and idnapped scores of residents, including a brother to the PDP chairman.

They demanded for huge sum of money as ransom, but as majority of the Kasuwan Magani residents are peasant farmers, they could not afford the ransom.

The victims were all held hostage and tortured.

A resident in the area, Mose Bulus told Dailypost in Kaduna on Friday that “they kidnapped several of our people last two months.

“They demanded for millions as ransom. But, we are all farmers who could not afford three square meals a day. Even when we begged them, they refused to reduce the ransom to our reach.”

According to him, it was when one of the kidnapped victims became sick, and was at the point of death, that they released him.

He added that other kidnapped victims were still with the bandits in their den.

He appealed to the Kaduna State Government and security agents to intensify efforts aimed at releasing the victims.

The Kaduna Police Public Relations Officer, ASP Mohammed Jalige did not pick his calls, just as he did not respond to text message sent to him.