Strangers Advised Me To Kill My Son – Nigerian Singer, Jodie Opens Up


Several years after her absence, the Kuchi Kuchi crooner has come out to reveal reasons why she has not been producing music as before. 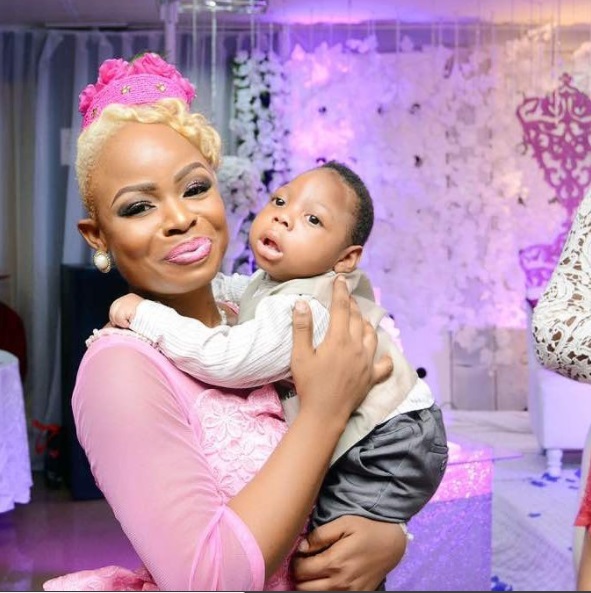 Jodie and her son

Joy Eseoghene Odiete, the Nigerian gospel artiste, simply known as Jodie, was once a household name in the Nigerian music scene after her popular song, Kuchi Kuchi, was released in 2010.

Several years after her absence, the Kuchi Kuchi crooner has come out to reveal reasons why she has not been producing music as before.

In a series of posts on her Instagram page, @jodiegreat, the singer disclosed her struggle as a mother of a child with special needs.

Taking care of her child, she claimed, has been financially and emotionally draining to the point where she has resorted to begging.

In the posts she titled “Open Letter to Nigerians,” the songstress sought help for mothers who resort to extreme means to care for their children with special needs.

“I am not a lazy person. I sang a song, Kuchi Kuchi in 2010, which Kings and Queens have listened to and enjoyed.” She wrote on Wednesday, “I am using the soft spot that song may have created to make this appeal. In the past six years, I have hawked beaded jewellery in offices. I have sold hair care products. I have begged. I have borrowed.

“Who knows? Maybe the essence of Kuchi Kuchi was not for my popularity, but to respond to the silent cries of mothers who gave birth to special needs children.

“Maybe its essence was to speak for the blood of the special needs children that have been spilled IN SECRET by helpless mothers who did not know what else to do. I know this because some strangers have advised me to kill or abandon my son because such children are sent to swallow up finances.”

The mother-of-one lamented her loss of friendships due to her dire state of finances which turned her into a “beggar.”

Jodie, who was once married to music producer, David Nnaji, revealed in an interview with The Nation that her marriage broke down after she welcomed her son. In her Wednesday posts, the songstress revealed she has been unable to stay in relationships because her soul is “shattered.”

She further bemoaned the stigmatisation of mothers like herself who are usually tagged “evil spirits” or wrongly accused of trying to abort their baby.

Jodie also urged relevant authorities to step up and aid mothers facing the challenge of caring for their special needs children.

“This public and shameless cry is for the special mothers of Nigeria. Our fighting chance in the already tough terrain of the country has been cut short because we have to carry overgrown babies on our back, how can we hustle? I plea to the powers that be to start one step at a time urgently and do something,” she wrote.