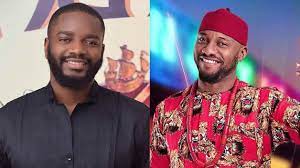 Popular Nollywood actor, Yul Edochie has been lambasted on social media for daring to give love advice to reality star, Leo Da Sliva.
Fans who are still displeased over his decision to take a second wife feel he has no right to issue love advice.
Recall that last month, the thespian introduced the world to his son and his second wife, Judy Austin.
BBNaija star, Leo Dasilva had taken to social media to educate people about love as he advises people not to fall in love with anyone who’s nice to them.
However, Yul Edochie disagree.
According to him, one can hardly choose who they love. Love chooses for you.
See his post below: 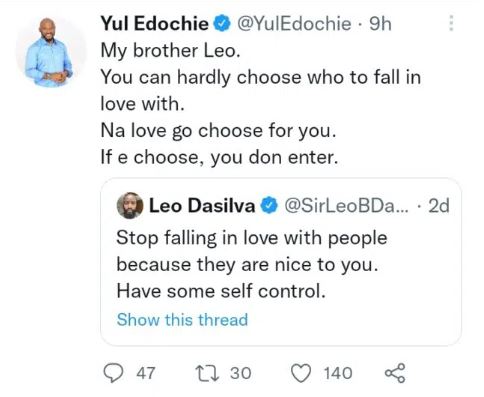 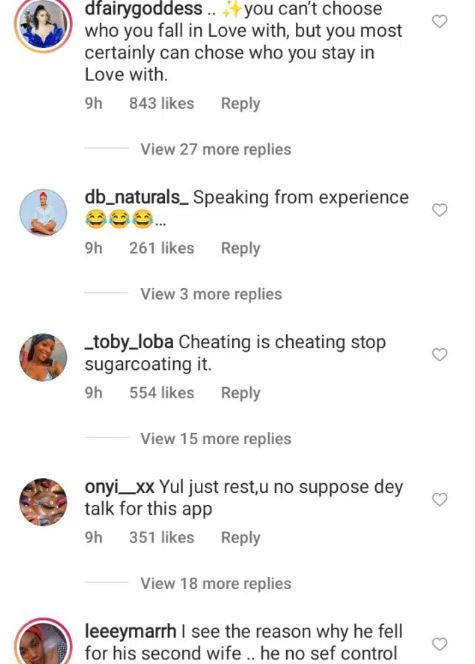