After he was dealt with by the shop owner and residents around, he was given food to eat. 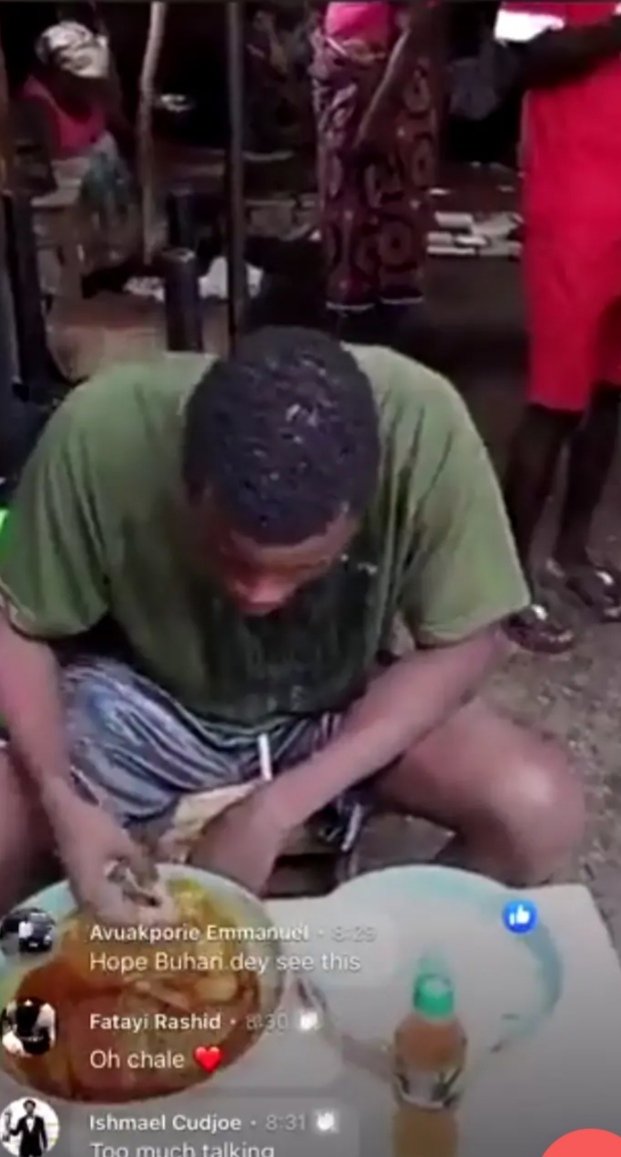 A thief has been given the beating of his life before getting a little reprieve.
It happened that the thief identified as Aliyu John got severely beaten by residents of a neighborhood after he was caught stealing a phone at Akotolane in Accra, the capital of Ghana.
After the beating, the shop owner and residents around gave him food to eat and later offered him a beautiful girlfriend.
The story shared on Twitter has left many people touched.
However, it was gathered that before he was offered the goodies, he was made to clean a dirty gutter with his bare hands after which he was given the food to eat.
He was also made to bath and they changed his clothes for him. The thief was treated like a king even though he did something that society frowns on. 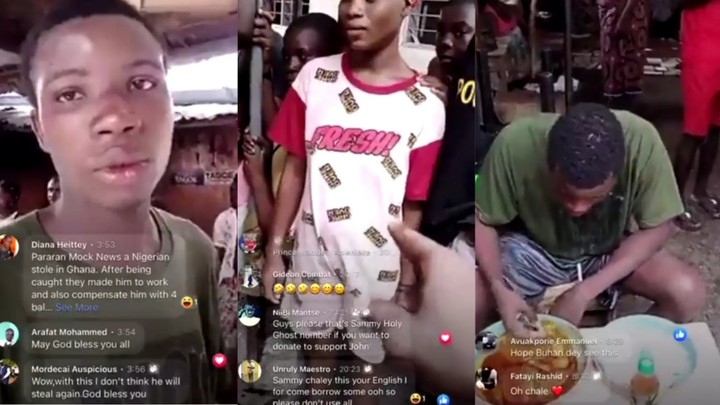 He was given four balls of banku with fish and he finished it all, a sign to indicate that he was starving and was on the verge of death.
Watch video below: