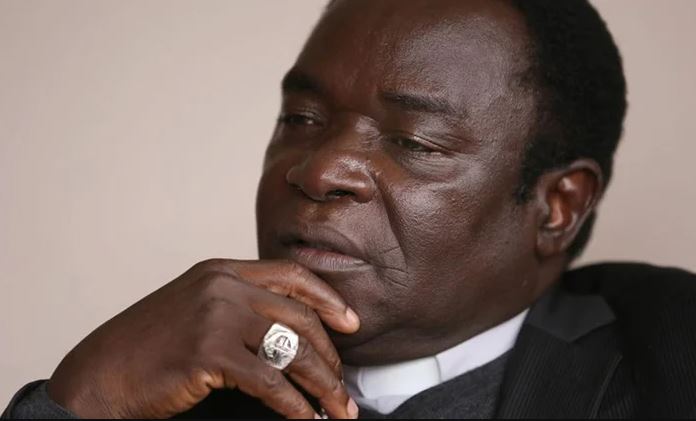 The PUNCH reports that some daring gunmen early on Wednesday broke into one of the parishes presided over by the Bishop of the Catholic Diocese of Sokoto, Matthew Hassan-Kukah.

Our correspondent gathered that the armed hoodlums kidnapped two priests and two others in the rectory of St. Patrick’s Catholic Church, Gidan Maikambo, in the Kafur Local Government Area of Katsina State.

The Director, Social Communications of the Catholic Diocese of Sokoto, Rev. Fr Christopher Omotosho, confirmed the development with our correspondent on Wednesday morning.

He said the Catholic Diocese of Sokoto is under attack and no information has been gotten as to the whereabouts of the abductees.

Omotosho said, “As at midnight of today, 25th May, 2022, gunmen broke into the rectory of St. Patrick’s Catholic Church, Gidan Maikambo, Kafur LGA of Katsina State.

“The parish priest and his assistant Rev. Frs. Stephen Ojapa, MSP, and Oliver Okpara and two boys in the house were kidnapped.

“No information as to their whereabouts. Kindly pray for their safety and release.”

When contacted, the spokesman for Katsina State Police Command, Gambo Isah, said, “Let me find out.”

On May 14, rampaging hoodlums torched and vandalised some parishes presided over by Kukah in Sokoto following his condemnation of the gruesome murder of Deborah Yakubu by her Muslim colleagues.

The 200-level Home Economics student of Shehu Shagari College of Education in Sokoto was accused of blasphemy against Prophet Muhammed.

The rioters also burnt some parts of Kukah’s church buildings and set a bus ablaze on one of the premises.

The Sokoto religious-tainted riot has extended to some parts of Bauchi and Abuja in the last few days while security agents and some northern governors have warned against religious violence.