The Marilyn Monroe Collection called out Kardashian, along with Ripley's Believe It Or Not! Museum who loaned her the dress, for the alleged damage. 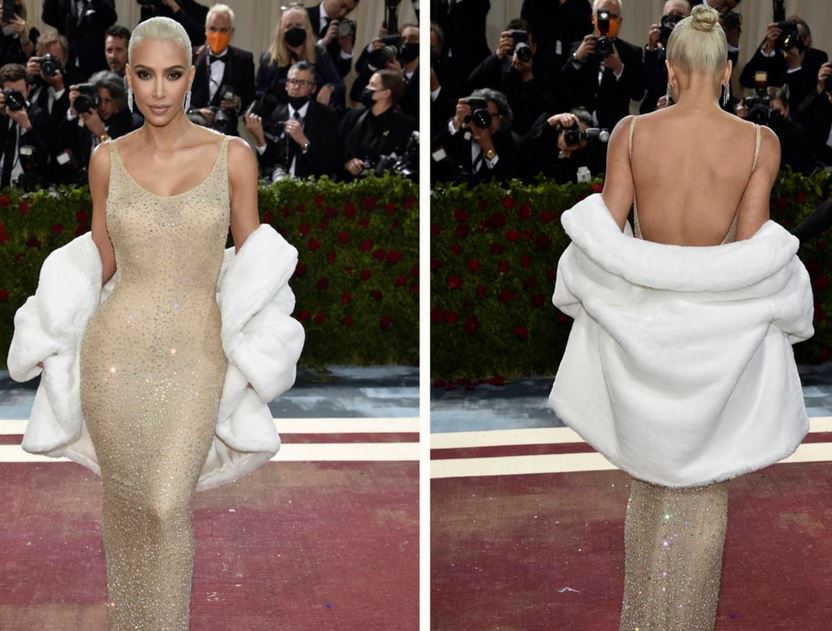 Reality star and businesswoman, Kim Kardashian has been accused of damaging the iconic gown of Marilyn Monroe that she wore to the 2022 Met Gala.

The Marilyn Monroe Collection called out Kardashian, along with Ripley's Believe It Or Not! Museum who loaned her the dress, for the alleged damage.

The crystal-studded gown, which Monroe wore to sing happy birthday to US President John F. Kennedy in 1962, was worn by Kardashian on the red carpet for one of the most prestigious celebrity events of the year.

Kardashian shed 16 pounds to fit into the dress which could not be altered due to its age and status.

On the night Kardashian appeared with bleached blonde hair alongside her new partner, Comedian Pete Davidson.

The mother of four later changed into a replica after walking the red carpet to protect the 60-year-old gown, but concerns were raised at the time about potential damage to an iconic piece of history.

On Monday June 14, The Marilyn Monroe Collection took to Instagram to share "before" and "after" shots that allegedly show the dress damaged following Kim's outing.  The image shows missing crystals and stretched fabric near the clasps at the back of the gown. 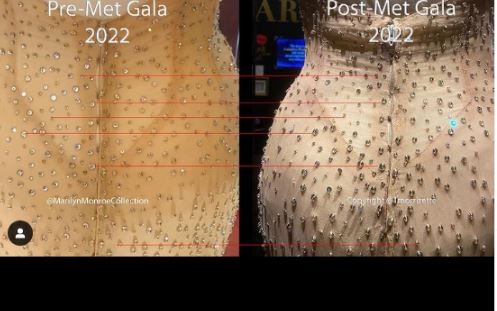 "So much for keeping 'the integrity of the dress and the preservation,'” said The Marilyn Monroe Collection. “Was it worth it?"

The caption was followed by recent quotes from Ripley's officials explaining their preservation efforts for Kardashian’s red carpet appearance.

“Great care was taken to preserve this piece of pop culture history. With input from garment conservationists, appraisers, and archivists, the garment’s condition was top priority. Believe It or Not! no alterations were to be made to the dress and Kim even changed into a replica after the red carpet!"