This was contained in a statement published in the University’s official bulletin made available to journalists on Tuesday. 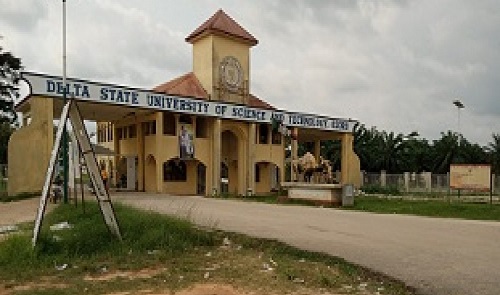 The PUNCH reports that two lecturers of Delta State University of Science and Technology, Ozoro, have been sacked by the Governing Council of the institution over alleged sundry academic fraud.

This was contained in a statement published in the University’s official bulletin made available to journalists on Tuesday.

The statement noted that the lecturers were sacked after being found guilty of “false claim of research drone fabrication, fraudulent Computerised Based Examination, extortion, embezzlement and falsification of students results”.

It partly read, ”This is to inform the university community that the university Governing Council at its third regular meeting held on Wednesday June 8, 2022, approved the recommendations of the staff disciplinary committee of Council wherein two lecturers Dr Bassy A. Ekanem and Dr Jacob A. Meye were dismissed with immediate effect.

“It would be recalled that they were involved in the fraudulent researched drone fabrication, plagiarism, false claim of ownership of patented drone, fraudulent failed Computer Base Examination, money extortion, embezzlement and falsification of student’s result.

“Consequently, they were found guilty of gross misconduct, arising from the monumental fraud in the projects indicated above, they have been dismissed from the services of the University.

“The above is for the information of the general public, especially the university community, and it is expected that this would serve as a deterrent to others”.