Many NFTs are built on the network behind ethereum, the second-biggest token. 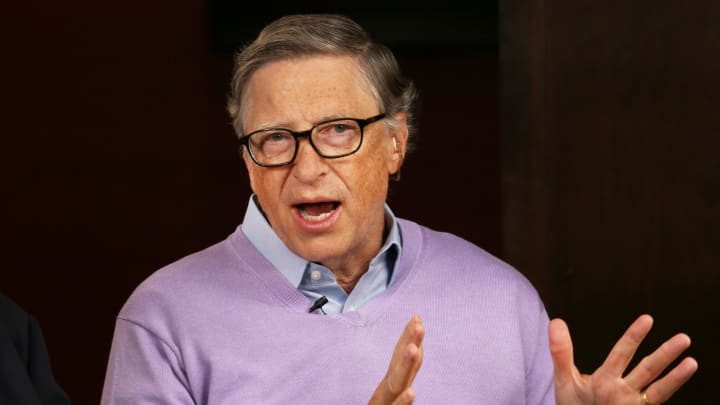 Microsoft co-founder Bill Gates has slammed cryptocurrencies and Non Fungible Tokens.
According to him, crytos and NFTs are a sham.
Gates said he's not a fan of digital currencies or investments and that cryptocurrencies and NFTs are "100% based on greater fool theory."
NFTs are tokens that can't be exchanged for one another. They're often touted as a way to prove ownership of digital assets like art or sports collectibles.  Many NFTs are built on the network behind ethereum, the second-biggest token.
Speaking at a TechCrunch talk on climate change Wednesday, Gates described the phenomenon as something that's "100% based on greater fool theory," referring to the idea that overvalued assets will go up in price when there are enough investors willing to pay more for them.
Gates joked that "expensive digital images of monkeys" would "improve the world immensely," referring to the much-hyped Bored Ape Yacht Club NFT collection.
"I'm used to asset classes ... like a farm where they have output, or like a company where they make products," Gates said.
As for crypto, "I'm not involved in that," Gates added. "I'm not long or short any of those things."
Bitcoin was last trading at $21,107 on Wednesday, down 7% in the last 24 hours. The world's biggest cryptocurrency has erased over half of its value since the start of 2022.
Top Stories