A magnitude 6.1 earthquake has killed 1,000 persons in Afghanistan on Wednesday. 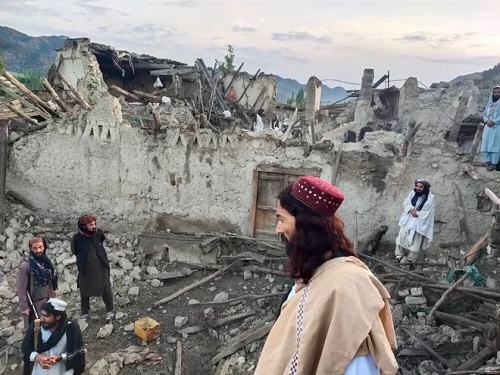 A 6.1 magnitude earthquake has killed at least 1,000 persons in Afghanistan.
At least 1.500 persons were also left injured.
Reuters reported that houses were reduced to rubble and bodies swathed in blankets lay on the ground after the magnitude 6.1 earthquake.
An unknown number of people remained stuck under rubble and in outlying areas, photos showed. Health and aid workers said rescue operations were complicated by difficult conditions including rains, landslides and many villages being nestled in inaccessible hillside areas.
"Many people are still buried under the soil. The rescue teams of the Islamic Emirate have arrived and with the help of local people are trying to take out the dead and injured," a health worker at one of Paktika's main hospitals said, asking for anonymity as he was not authorised to speak to media.
Mounting a rescue operation will prove a major test for the hard-line Islamist Taliban authorities, who took over the country last August after two decades of war and have been cut off from much international assistance because of sanctions.
A spokesman for the United Nations Office for the Coordination of Humanitarian Affairs (UNOCHA) said it was sending teams in addition to ambulances and helicopters sent by the Taliban-led ministry of defence, which was leading rescue efforts.
"Although search and rescue efforts are ongoing, heavy rain and wind is hampering efforts with helicopters reportedly unable to land this afternoon," he said via email.
Top Stories