The incident happened when she had gone in search of her son, 15-year-old Friday, who had not returned home and was found to have been detained by the police. 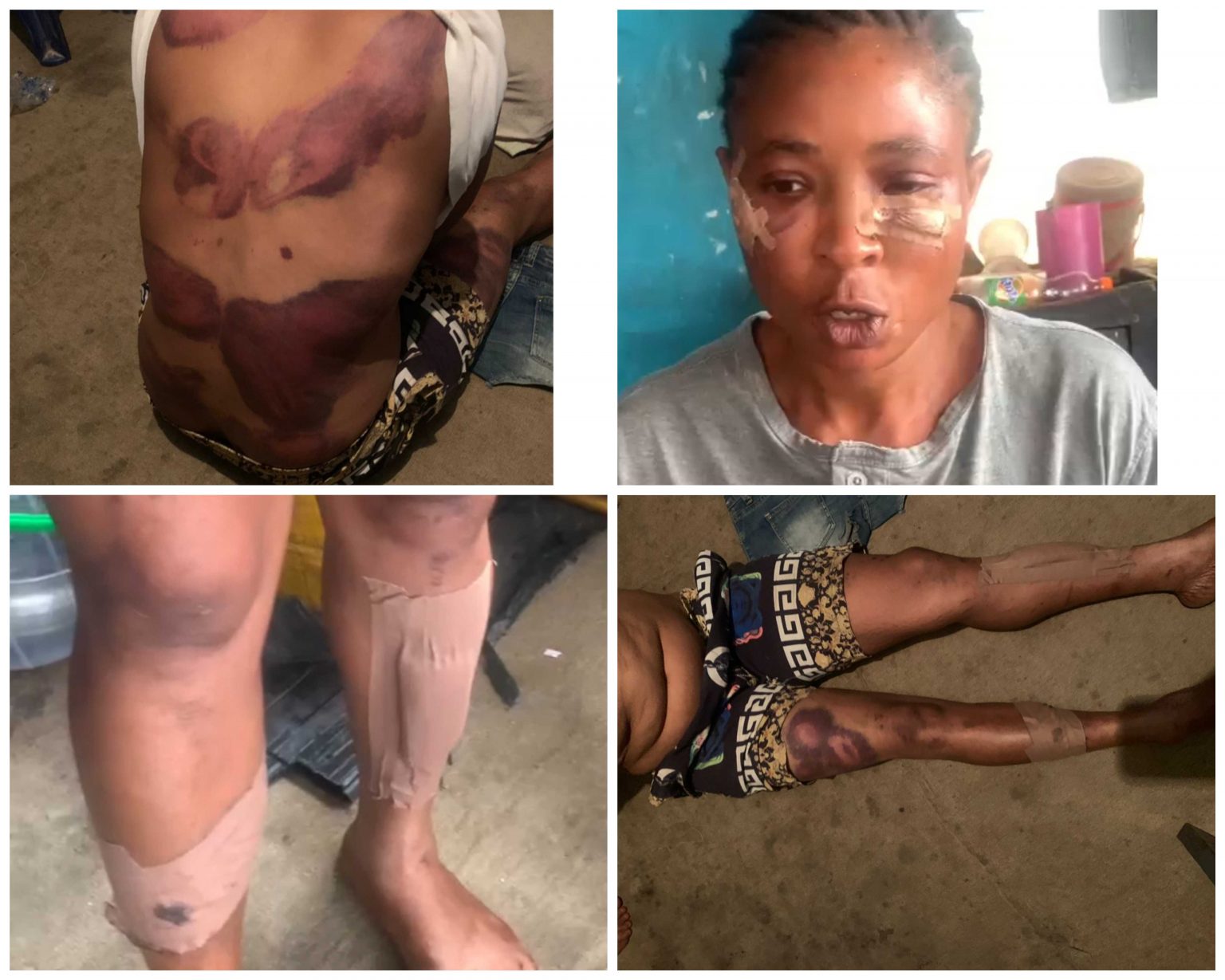 Blessing Mba, a 27-year-old mother of two, was on Tuesday, May 31, 2022, allegedly brutalised by some police officers on the order of Ige Adekunle, Divisional Police Officer of the Adeeke Police Station, Iwo, Osun State, according to Daily Post.

She told DAILY POST that the incident happened when she had gone in search of her son, 15-year-old Friday, who had not returned home and was found to have been detained by the police.

According to her, she is well-known by the police officers of the station because her house is not far from the station. She explained Friday had not returned home as at 1 am on Tuesday after he left home on Monday, May 30.

“I didn’t bother answering the call I got from one of the officers at the station. When I concluded maybe they have my son in detention, I quickly went to the station.

“Before the call came in, I had been hearing the torture infiltrating and wailing of some of the people arrested in the police station in the middle of the night on that same day,” the mother of two told DAILY POST.

Blessing was at the station when a police officer identified as Àpápá assaulted her and accused her of carrying ‘sacrifice’ to the station.

“A police officer at the entrance identified me and opened the gate for me when I told him about my son. He told me to check him at the counter. Another officer known as Àpápá started harassing me. He pushed me to the DPO and alleged that I came to drop sacrifice at the station.

“We will kill you, shoot you and nobody will ask of you,” Blessing said the officers threatened her while she was pleading for her life until she fainted.

“They poured water on me and I woke.”

She added that she was taken to the hospital around 8 am for treatment. She also said her leg and some parts of her body were stitched.

Blessing told DAILY POST that the DPO, Adekunle, gave her N2,000 while she was leaving the hospital and another N2,000 in the evening when she was checked in her house.

Attempt to cover up

On Thursday, June 2, Blessing went to the Police Area Command in Iwo to report Adekunle. She said while waiting for the commander, some officers allegedly hinted to Adekunle about her arrival and he allegedly ordered the officers to take her away before she sees the commander.

According to Blessing, “The officers were begging me not to report because it might cause damage to the DPO career. They were prostrating and they took me to the DPO at Adeeke police station.”

Blessing said the DPO later gave her N15,000 and took her hospital again to treat her leg.

Despite reports condemning the attack on Nigerians by security operatives, brutality still reigns at the Osun Police command.

Recall that during the COVID-19 lockdown, the two officers brutalised a woman, Tola Azeez, in Odo Ori Market in Iwo, Osun State, while she was trying to buy drugs for her relatives at a pharmacy.

The officers were caught on camera assaulting the woman. Since then, many extrajudicial killings, and brutality by security operatives were reported in Osun State.

The act stated that “(1) A suspect shall: (a) be accorded humane treatment, having regard to his right to the dignity of his person; and (b) not be subjected to any form of torture, cruel, inhuman or degrading treatment.”

The Osun State Police Command spokesperson, SP Yemisi Opalola, when contacted said the command did not hear about the incident.

She promised that the command will investigate the matter.