The unsuspecting victim was cajoled to believe that it was nothing serious until he revealed a message from his network provider about being registered on two different numbers. 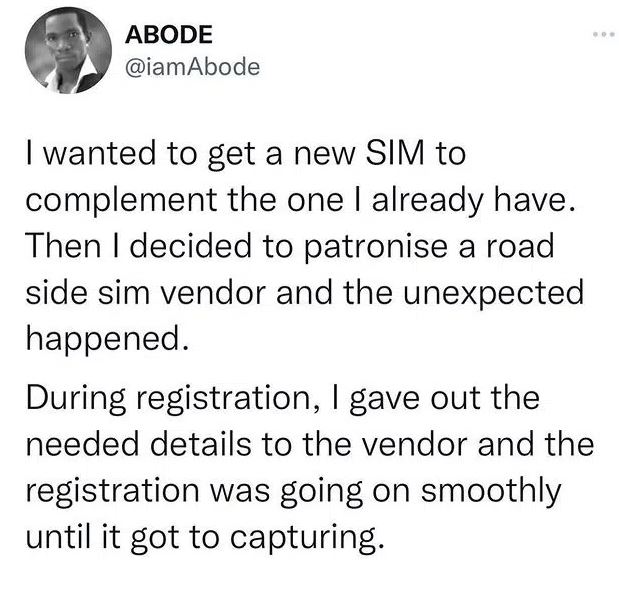 A man has taken to social media to narrate how he escaped being incriminated over sim card registration by a roadside vendor who captured him twice.

According to the narration of a Twitter user identified as @IamAbode, he patronized the services of a roadside sim registration vendor who duplicated his information.

The unsuspecting victim was cajoled to believe that it was nothing serious until he revealed a message from his network provider about being registered on two different numbers.

“I wanted to get a new SIM to complement the one I already have. Then I decided to patronise a road side sim vendor and the unexpected happened.

During registration, I gave out the needed details to the vendor and the registration was going on smoothly until it got to capturing.

Usually, you are expected to be captured once but the vendor captured me twice and that made me suspicious. So I queried him but he gave a flimsy excuse.

The next day, I went to Glo office to lay a complain and the moment I mentioned what brought me, the manager there said
“these guys again? Why doing these to innocent people”?, that was when I realized the gravity of what just happened. The second number was deregistered, the case was reported and the guy was picked up.

Questioning the vendor, he said they usually use people’s details to register other sim cards which they resell to “car trackers” at a higher price.

On further interrogation, he confessed that he uses people’s details to register sim cards which they sell to fraudsters, ritualists, kidnappers and he makes a lot of money from the business.

Now, imagine if he sold this second number to a kidnapper or a fraudster and when tracked, my picture and details would pop up and it would be difficult to deny.

I’m putting this out here because a lot of innocent people are in prisons today because of cr!me they know nothing about.

While doing your registration, please be attentive and report any suspicion to the right authority.” 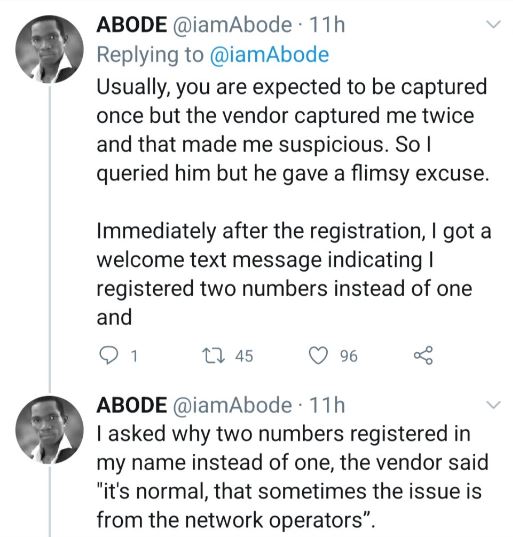 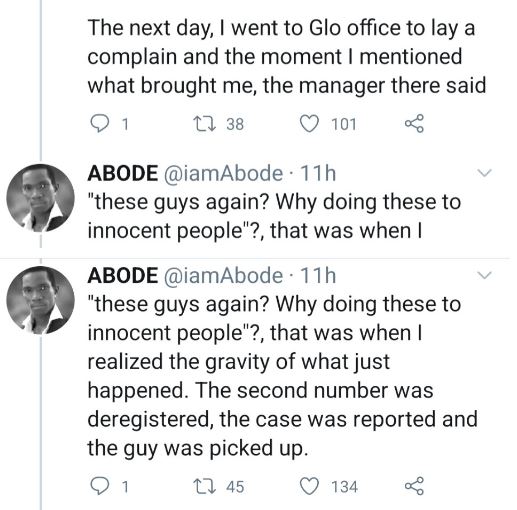 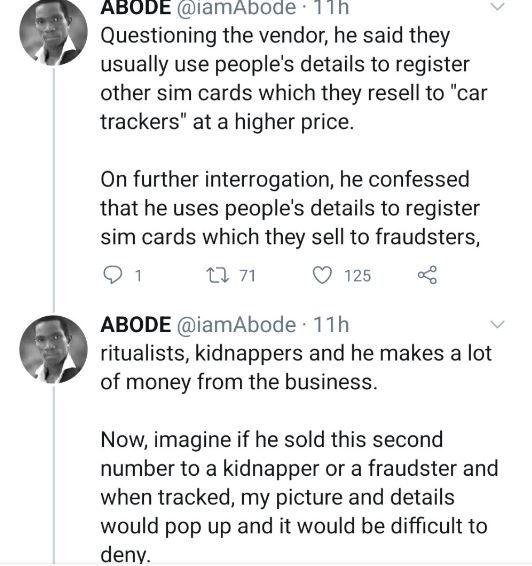 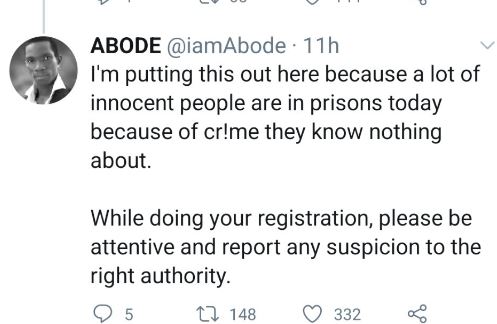