Some Nigerians taunted them, saying they started off their relationship after 'forming' that they were like 'brothers and sisters''. 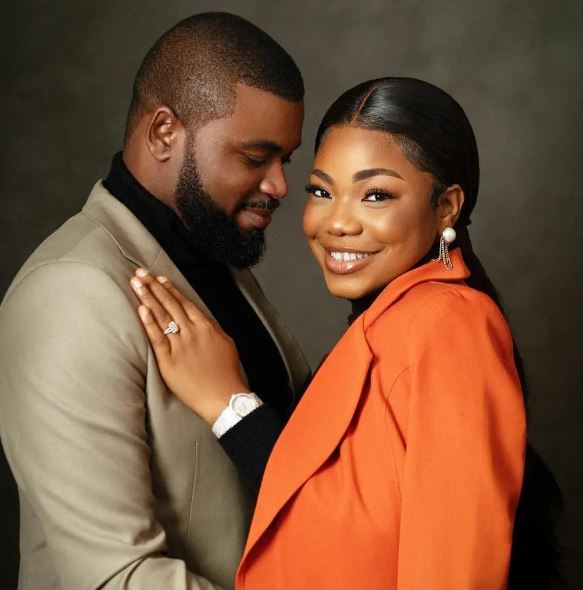 Pastor Blessed has finally broken his silence after he was called out over an old video in which he referred to gospel artiste, Mercy Chinwo as his sister.
Recall that he's currently engaged to Chinwo and both are preparing for marriage.
Some Nigerians taunted them, saying they started off their relationship after 'forming' that they were like 'brothers and sisters''.
Well, he has jokingly replied.
While preaching in his church on Sunday, Pastor Blessed thanked those he referred to as ''special online inlaws'' who have been following them since their engagement and also visited his church.
''They dug up my old message where I said she is like a sister. Am I not a brother? She is my sister. When it is time to get married, look among the sisters and pick Who do you want to pick before?
When Mary Magdalene came to hug Jesus, he said 'Wait, I am going to meet my father and your father'. It has turned to brotherhood and sisterhood. The kingdom is one family.
People are carnally minded. We have too many Christians that are not believers. We have unbelieving Christians.
Be renewed in your mind that you may be able to discern and know when your sister has turned to wife'' he said
Watch a video of him speaking below: