Fani-Kayode said Buhari should not be silent amid the controversy surrounding Ekweremadu and his family. 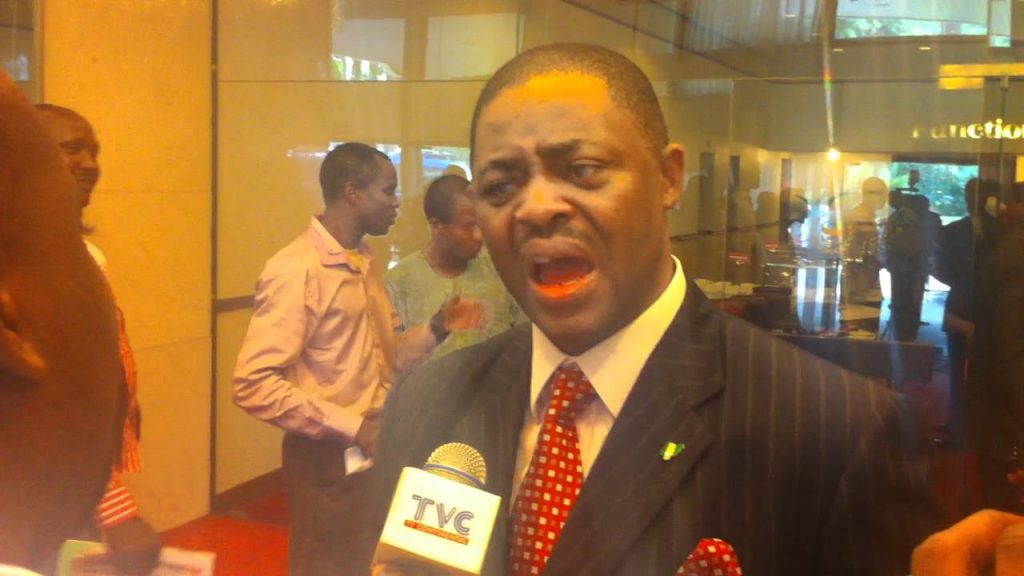 Former Aviation Minister, Femi Fani-Kayode has told President Muhammadu Buhari what to do following the arrest of ex-Deputy Senate President, Ike Ekweremadu and his wife, Beatrice in the United Kingdom.
According to Fani-Kayode, Buhari should not be silent amid the controversy surrounding Ekweremadu and his family.
In a tweet, the former minister said the president should stand for the Ekweremadus.
“I call on @MBuhari to stand for Ekweremadu & not remain silent in the face of what is emerging as a criminal conspiracy & grave injustice hatched against a man whose only crime is to love & want the best for his ailing daughter” Fani-Kayode tweeted.
Recall Ekweremadu and his wife were arrested by The Metropolitan Police at the Heathrow Airport, London for alleged human trafficking and organ harvesting.
They were arraigned on Thursday at Uxbridge Magistrates Court.
But, they were denied bail and were remanded in custody till July 7.
Top Stories