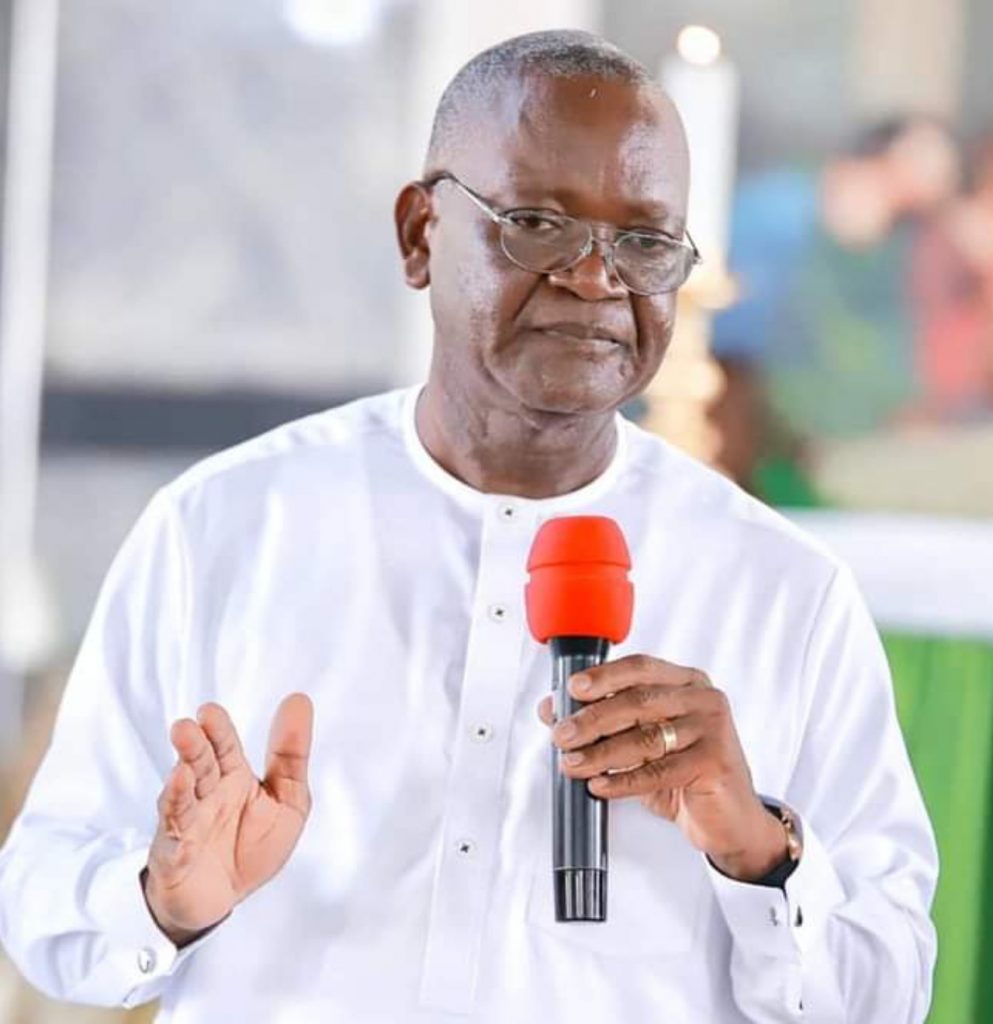 Governor Samuel Ortom said he's yet to give his support for his party's presidential candidate, Atiku Abubakar.
Abubakar is the Peoples Democratic Party's candidate in the 2023 presidential election.
Ortom said he hasn't gotten God’s approval to support Atiku yet.
Ortom who criticized Atiku's choice of Governor Ifeanyi Okowa of Delta state as his running mate over Governor Nyesom Wike of Rivers state, stated that he will be supporting Atiku’s presidential bid only if God directs him.
In the interview on Arise TV on Wednesday June 29, the Benue state Governor praised Wike as “somebody who stood for the party and made sure that things worked”. He also said “some of us believed in him” as the party’s best choice for the vice-presidential candidate.
Ortom said;
“All of us have our weapon; Wike can be ‘something something’ but when it comes to mobilisation, impact, value addition and reaching out to make sure that the party works the man is an instrument. He’s somebody who stood for the party and made sure that things worked. Some of us believed in him, but unfortunately, it was somebody else. But the party is supreme,” he said.
“However, some of us have resorted to prayers. I have been in hibernation. We’ve resorted to prayer: ‘Lord God, where do we go from here.’ I believe as a Christian that power belongs to God. The Bible says a man can receive nothing except it is given to him from above.
“I am praying. I have gone into hibernation. I am fasting and praying. So in the end, if God directs me that I should support Atiku, why should I not do it? After all, he’s my party member. But I am waiting for him to do more. I expect him to reach out to Wike, who came second in the presidential primary. The man he denied the popular view of the PDP members — 14 out of 17 — who said Wike should be the vice-presidential candidate. I expect more explanation. I expect him to talk to Wike — whom we are supporting — first. I expect him to reach out to some of us so that together we can work as a party.”
Top Stories