They Treated Us Like Animals, R*ped And Forced Us To Take Hard Drugs — Nigerian Woman Trafficked To Mali As S*x Worker Speaks


Being the first child with both parents deceased, there was pressure on her to provide for her three children and four younger siblings. 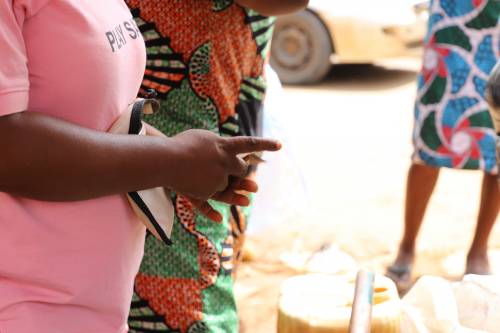 According to a report by SaharaReporters, a Nigerian woman, identified simply as Chinara has narrated her horrific experience when she was trafficked to Mali to work as a commercial s*x worker.

Chinara who currently runs a snacks and household products store in Upper Sakponba, Benin City said in 2018, she travelled to Mali in search of a greener pasture for herself and her family.

Being the first child with both parents deceased, there was pressure on her to provide for her three children and four younger siblings.

However, her sojourn to Mali did not go as expected as she was rather forced into prostitution. Chinara told officials of the International Organization for Migration (IOM) that she was convinced by an acquaintance to travel illegally to Mali where she will earn N150, 000 monthly from cleaning a house.

However, upon arrival in Mali, Chinara said she was taken to a house with sealed doors and windows and armed men guarding the entrance.

"What I saw was not what they had promised me. It was a female s*x workers' house. I saw many of my friends doing this because they were forced to take drugs, and then became addicted. When you do these things, you become another person,” she said, according to a report by Nigeria Abroad.

She, however, refused to take any illegal substances and withstood the abuses.

"Many women ended up dying due to drugs. We lived the life we did not choose to have."

According to her, dozens of fellow Nigerians were held against their will in different houses on the outskirts of the Malian capital, Bamako.

"Men would come in to choose girls as a s*x partner or they would come to pick you up for hard labour. If you refused, they would be hitting you with heavy sticks. They were treating us like animals. It was like hell,” she said.

Chinara said she had left Nigeria together with four other friends but returned with one as they were dying, "I saw my friends dying from starvation and the brutal beatings. Another one was pregnant, and a guy kicked her in the stomach. I lost her in front of my own eyes. I thought I would die here and never see my children again."

Help came when Chinara met two other Nigerian migrants outside the house who had established contact with the International Organization for Migration (IOM). "I heard him speaking Nigerian on the phone, so I immediately approached him to ask for help."

Chinara said she was waiting vigilantly for them to return. She asked to go to work, as an excuse to go out, and four of them were taken outside thereafter.

"I did not have a phone to get in touch with the (Nigerian) men, so I was looking around. Suddenly I noticed a car and recognized the [IOM] logo. Without a second thought, I immediately ran towards the car and left. They tried to chase us. Thankfully they didn't have guns."

Alongside her three friends, Chinara managed to escape.

For a month, they prepared for their return to Nigeria through IOM's Assisted Voluntary Return and Reintegration Programme.

"I felt so relieved. Finally, I would see my children and family. This is when I decided that I would never do this again. If it is to travel, it would only be with the regular way."

"Right now, I don't believe that someone can come up to me and convince me to go to Italy and make NGN 200,000 per month. I know the secret, there is no job; it's lies."

Chinara qualified to receive reintegration support through IOM's Migrant Resource and Response Mechanism and its Cooperation on Migration and Partnerships for Sustainable Solutions (COMPASS).

She received practical business training that helped her establish her business and earn a living alongside financial support through COMPASS.

Aside from the business, she plans to finish her last year at the College of Health Technology in Benin City and get a certificate to work as a community nurse. Chinara used part of the financial support received to pay for her college fees.

"I know more about medicine than food."

"All I want is to contribute to my community and help those in need."