Tinubu’s meeting with Adeboye was said to have been centred around his decision to settle for a Muslim-Muslim ticket. 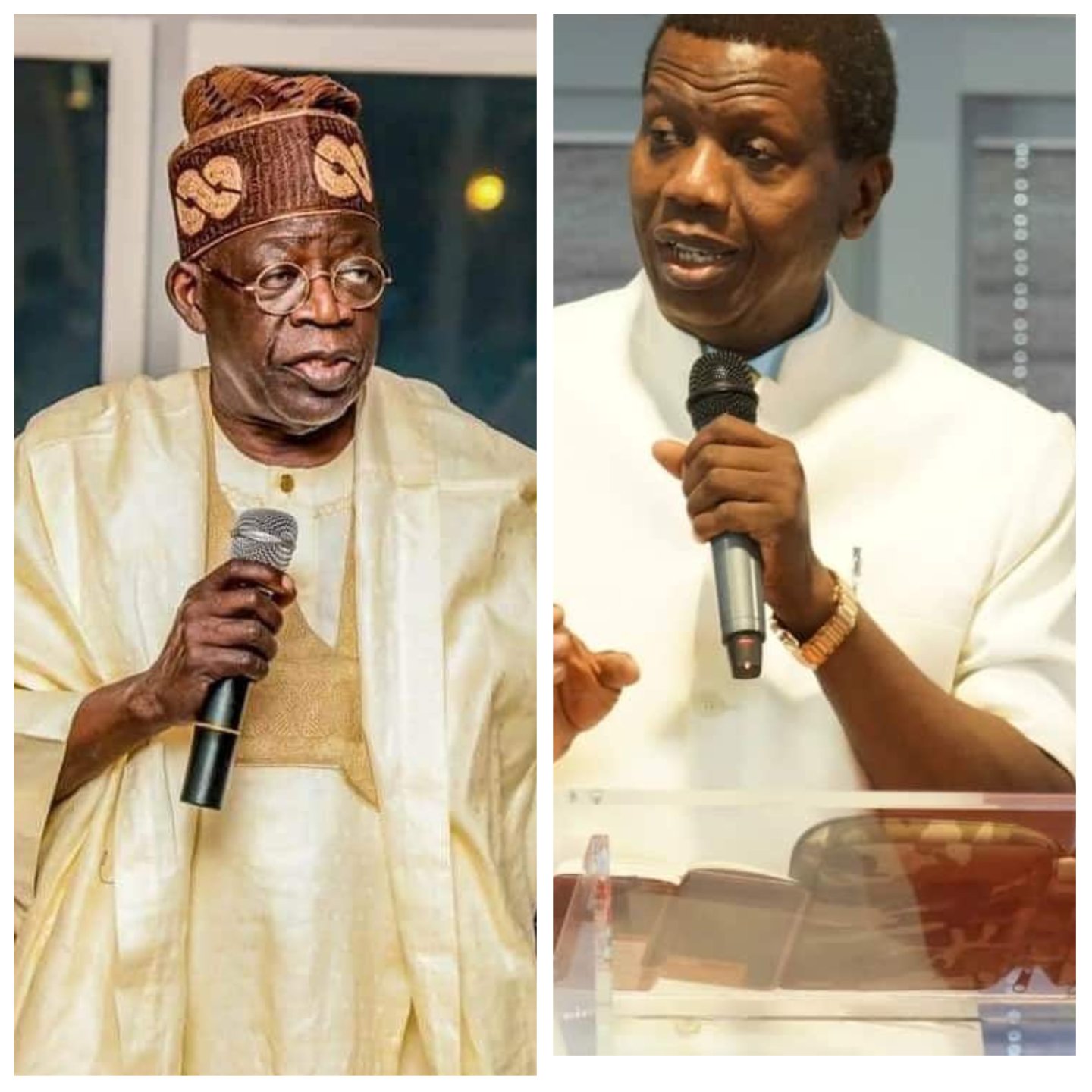 The General Overseer of the Redeemed Christian Church of God, RCCG, Pastor Enoch Adeboye has reportedly met with Bola Tinubu, the presidential candidate of the All Progressives Congress, APC.
It was reported that the meeting was about Tinubu's decision to settle for a Muslim-Muslim ticket.
ThisDay reports that Tinubu’s meeting with Adeboye was held on Sunday at the Redemption camp.
In the meeting was Tinubu’s wife, Senator Oluremi, who is a deputy pastor with RCCG, alongside others.
“He met Adeboye on Sunday. The meeting was very fruitful. Adeboye is not against Muslim-Muslim ticket,” a source told ThisDay.
Top Stories