Malaysia Raises Minimum Marriage Age For Muslim Women From 16 To I8, With 1 Year Jail For Polygamy Without Permission 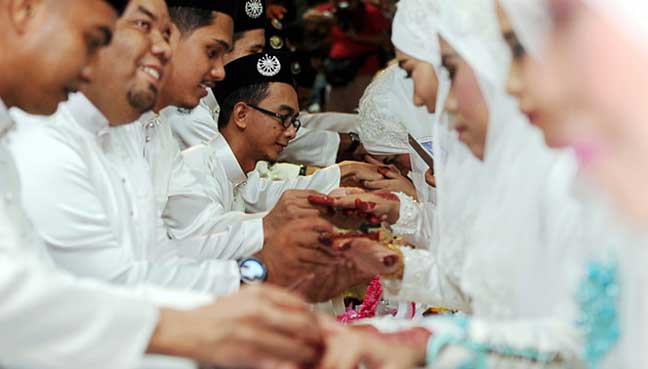 Engaging in Polygamy without the permission of the court is henceforth banned in Malaysia.
This comes after the Kedah state assembly also approved amendments to the state Islamic Family Enactment to raise the minimum marriage age for Muslim women to 18 years.
Speaking at the assembly this week, speaker Datuk Juhari Bulat said the amendment involved raising the age of marriage for women from 16 to 18 years old as well as the punishment for polygamy without court permission.
The punishment is imprisonment for one year or a fine of RM3,000 compared to six months imprisonment or a fine of RM1,000 previously.
"If you want to get married, there is any problem, you can apply through the court, if the court finds that the candidate should be allowed even if she is 16 years old, she can marry with the court's permission.
Speaker Datuk also said Muslim girls aged below 18 who wished to get married may seek approval from the court.
"If the court decides that the applicant should be allowed (to enter marriage) despite being 16 years, the applicant may get married with the court's approval.
"Those doing so without the court's approval will be fined," he told reporters at the end of today's assembly sitting.
Juhari added that lawmakers also approved an amendment to increase the current RM1,000 fine and six months' jail for those entering polygamy without obtaining the court's consent to RM3,000 and one-year jail term respectively.
Top Stories