Speaking on the chances of the LP in the 2023 elections, the PDP presidential candidate said the LP will not divide the votes meant for the PDP as being suggested in some quarters. 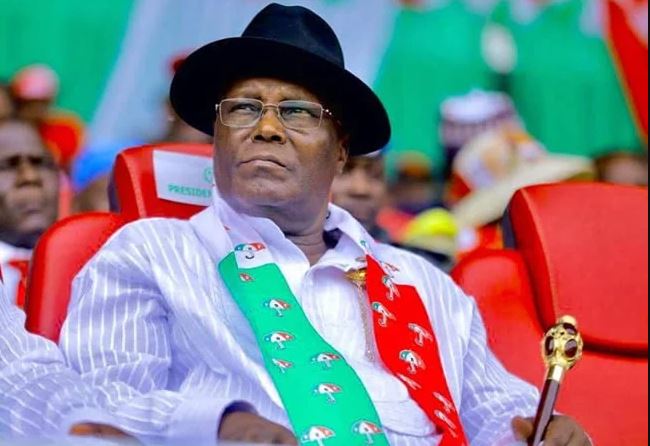 The presidential candidate of the Peoples Democratic Party (PDP), Atiku Abubakar, has talked about Peter Obi and the Labour Party.

Atiku says he is not expecting the Labour Party (LP) to pull off a surprise to win the 2023 presidential election.

Atiku spoke in an interview on Arise TV on Friday.

Speaking on the chances of the LP in the 2023 elections, the PDP presidential candidate said the LP will not divide the votes meant for the PDP as being suggested in some quarters.

Atiku questioned the performance of the LP in the just concluded governorship election in Osun, saying the party does not have governors, members of the national assembly and state assemblies.

“I really don’t expect the Labour Party to take as many votes from the PDP as people are suggesting,” he said.

“We could have seen it in the last election in Osun state. What is the performance of the Labour Party?

“This is a party that doesn’t have a governor, doesn’t have members of the national assembly, doesn’t have state assembly members, and politics in this country depends on the structures you have at the various levels — at the local government level, at the state level, and at the national level.”

Speaking further, the former vice-president said 90 percent of people in the north are not social media, insinuating that it will limit the chances of the LP to win the 2023 presidential election.

“So, it is very difficult to expect a miracle to happen, simply because Peter Obi is in the Labour Party. After all, they were saying through social media, they had more than one million votes in Osun state,” he said.

“But how many votes turned for the Labour Party? And then again, mark you, you’re talking about social media. In the north, 90 percent of our people are not tuned to social media.”