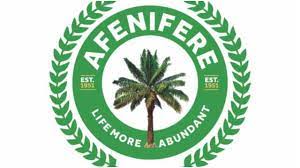 A new leader has been appointed by the Ondo State chapter of the pan-Yoruba socio-cultural organization, Afenifere.
Former Commissioner for Education in Ondo State, Chief Korede Duyile has emerged as the new chairman of Afenifere in the state.
The Ondo State chapter of the pan-Yoruba socio-cultural organization announced the development in a statement made available to newsmen on Friday in Akure by its Publicity Secretary, Remi Olayiwola.
The statement revealed that new executives had been constituted for the chapter. The new leadership became necessary following the resignation of the former Chairman, Basorun Seinde Arogbofa.
“Consequent to the decision of the Ondo State Chairman of Afenifere, Basorun Seinde Arogbofa, to step aside as chairman, the leadership of the Yoruba socio-cultural organization has constituted a new state executive committee for the group.
“Under the new arrangement, the else while State Secretary of the organization and former Commissioner for Education in the state, Chief Korede Duyile, now becomes the State Chairman,” the statement read.
According to the statement, Chief Bayo Fajemilua, a former chairman of Akure North Local Government, emerges as the Deputy Chairman.
Revealing other executive posts in the state chapter of the Afenifere, the statement said that the organization also approved a former Speaker of the State House of Assembly, Rt. Hon. Bakita Bello as the Secretary and Prince Adebanjo Edema to be the new Treasurer.
The statement also named Dele Thomas as the Legal Adviser; Mr. Kehinde Fasoranti, Financial Secretary; Mr Remi Olayiwola, a former Deputy Editor of the Daily Times, the Publicity Secretary; and Comrade Eric Oluwole, the Organising Secretary.
In his remark during the handing-over ceremony, Arogbofa described the new chairman as a loyal, efficient and highly experienced member of the Afenifere.
He urged the new executives to maintain the tempo of service to the people for which Afenifere was known since its formation about 70 years ago.
Duyile thanked the leadership of Afenifere that deemed him fit for the post and promised to carry on the excellent job of his predecessor.
Top Stories