According to reports, Amadikwa hurriedly ran back to their house in Okpunkume after the beating on seeing the condition of his wife. 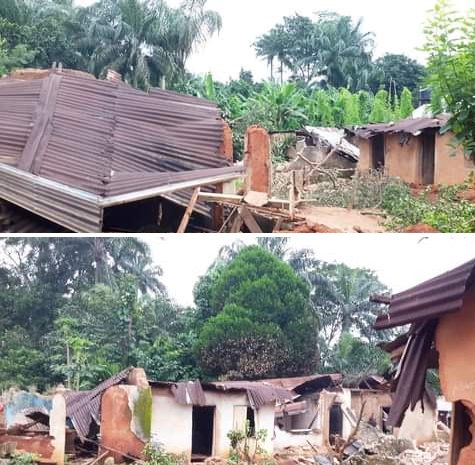 A man's house has been razed by angry youths of Umuevu Okrikanweke in Ahiazu Mbaise Local Government Area of Imo State.
The house belongs to Mr. Amadikwa Aririguzo.
According to reports, the house was burnt down after Mr Aririguzo, of Umuonuegbu Chiala Okpunkume Mpam also in Ahaizu Mbaise LGA, allegedly beat his wife, Chisara, to death.
A member of the community, Damian Chizuruoke, who confirmed the incident on Saturday, July 23, said the mother of five from Lomuma Umuevu Okrikanweke, died from injuries a day after she was allegedly battered by her husband at their rented residence in Apkim Okrikanweke.
According to reports, Amadikwa hurriedly ran back to their house in Okpunkume after the beating on seeing the condition of his wife.
The report also had it that the deceased mother of 5 children sent the 2nd daughter, Chinonso to her maiden home, Umuevu to inform her kinsmen when she felt her condition had deteriorated badly but the daughter returned only to meet the lifeless body.
Meanwhile, the body of the deceased has been deposited at Madona Hospital Mortuary Aguneze, Ahiazu Mbaise LGA while manhunt is on for the suspect by the in-laws. 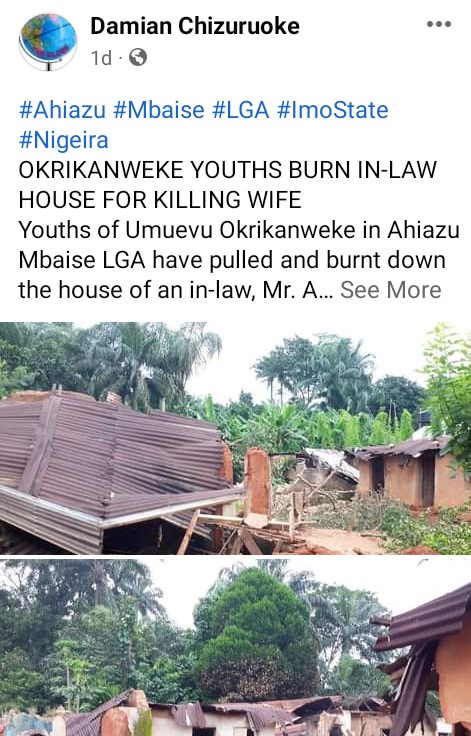