Ahmed also said the account has had no accruals in the last four years because of the volatility of the commodity in the international market. 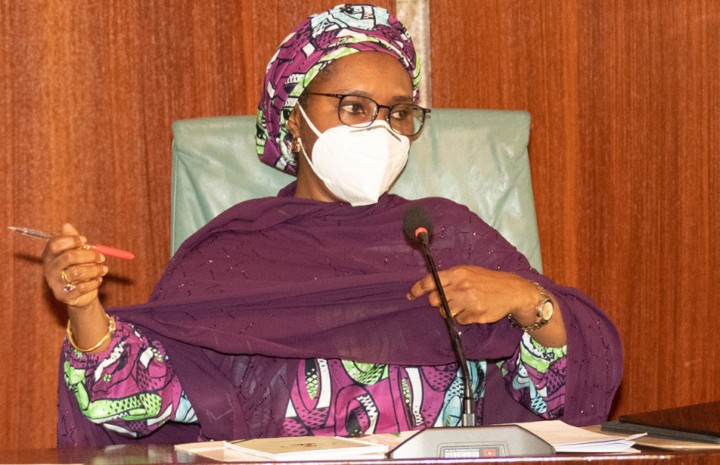 Nigeria's Minister of finance, budget and national planning, Zainab Ahmed has revealed why the excess crude account dropped from $35.37 million to $376,655 in June..
Without giving further details, Ahmed said the account depleted because of security reasons.
The federal government had in a communiqué issued at the end of the federation account allocation committee (FAAC) meeting for July,  said the balance in the ECA dropped from $35.37 million to $376,655 in June. No further details was provided.
Speaking at the end of the federal executive council (FEC) presided over by President Muhammadu Buhari on Wednesday July 27, Ahmed said the national economic council (NEC) is aware of withdrawals from the excess crude account (ECA) for security.
Ahmed also said the account has had no accruals in the last four years because of the volatility of the commodity in the international market.
She said;
“The last approval that was given by the council was the withdrawal of $1 billion to enhance security.
“We have been utilising that — the last tranche of that has been finally released because deployment to security agencies is based on the contracts executed and it’s been used strictly for that security purpose.
“So, the utilisation of the account is with the full knowledge of the governors.”
The ECA which is the difference between the market price of crude oil and the budgeted price of crude oil in Nigeria’s budget, was established in 2004 by the federal government to save for rainy days, stabilise the country’s economy and smooth out the impact of price volatility in oil exports.
Top Stories