Commenting on the attack, Akeredolu said the gunmen had no plan to kill or abduct anyone. He also urged residents not to panic. 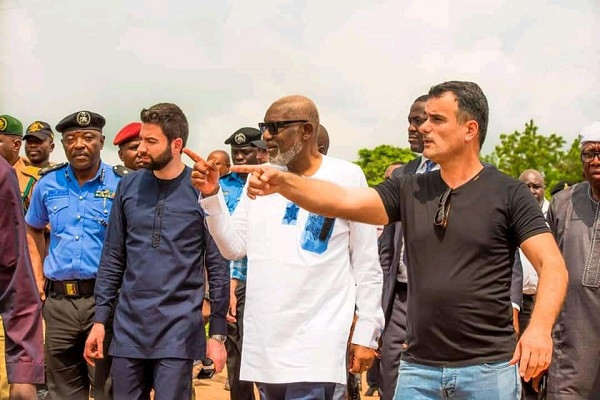 Governor Rotimi Akeredolu of Ondo state has broken his silence after some gunmen attacked a construction firm on Wednesday night.
The attack took place at a community in Owo.
Two security operatives were injured in the attack which caused panic in the community where Catholic worshippers were killed by gunmen weeks ago.
Commenting on the attack, Akeredolu said the gunmen had no plan to kill or abduct anyone. He also urged residents not to panic.
He said;
“I want to allay the fears of our people. Clearly, what happened here on Wednesday night was not an attempt to kidnap anybody because they went away with nobody. And we have on the premises over 100 people living there.
“Yes, there were sporadic gunshots at the wall but they never went inside to kill anybody. The only two people who had some gunshot wounds were security men who they saw outside the premises.
“So, it is clear to us that their intention was to attack one or two equipment here, which they did. Their explosives affected the tyres and the windscreen of another vehicle.”
Top Stories