Woman Arrested For Sleeping With Her Dog (Photo)


Geoffrey Springer, 39, who once dated Calello, was also arrested after he 'recorded the sexual activity and placed it on a flash drive.' 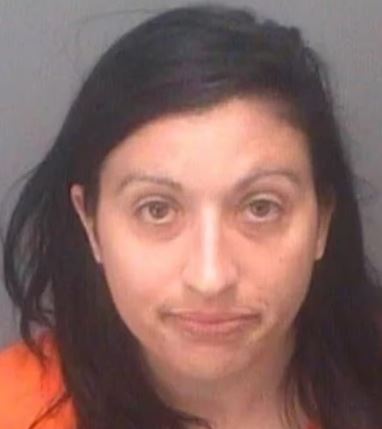 A woman has been arrested for sleeping with her dog.
The Florida woman was arrested on Tuesday after she engaged in the act while her boyfriend filmed.
According to DailyMail, the woman identified as Christina Calello, 36, 'willingly engaged in s3xual activity with the dog' several times over the course of nearly eight years, according to an arrest report shared by the Pinellas County Sheriff's Office.
Geoffrey Springer, 39, who once dated Calello, was also arrested after he 'recorded the s3xual activity and placed it on a flash drive.'
The dog was confiscated from the ex-couple by deputies and taken to a local pet hospital for routine examination.
It's breed has been undisclosed, although police said it suffered no visible injuries.
Calello and Springer were taken into custody and charged with s3xual activity involving animals.
They were then booked into the Pinellas County Jail. Since then, Calello, who is a New Jersey native but lives in Safety Harbor, was released after posting a $5,000 bond, according to county jail records.
Further prison records show that Calello was arrested and charged in May with domestic battery.
Top Stories