After a 22-year legal battle with the company and the clerk, a court in the northern province has awarded Mr Chaturvedi compensation of 15,000 rupees (£154). 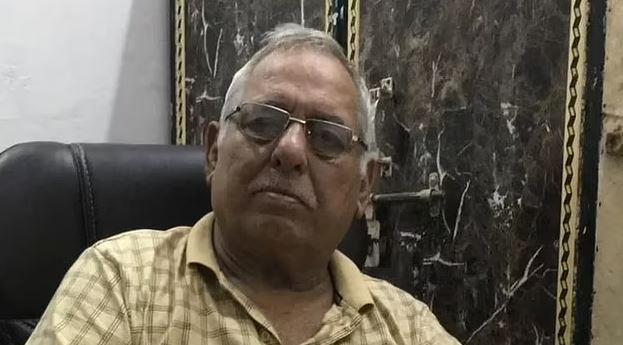 An Indian lawyer has achieved victory in a 22-year court battle involving 100 hearings after he was overcharged for a train ticket in 1999.

Passenger Tungnath Chaturvedi paid 20 rupees (21p) more than he should have for two tickets on a North East Railway service from Mathura to Moradabad in 1999,  but was handed over 100 rupees for two tickets on the regional railway line, which cost 35 rupees each.

He should have been given 30 rupees back, but the clerk gave back just ten, leaving him 20 rupees out of pocket.

After a 22-year legal battle with the company and the clerk, a court in the northern province has awarded Mr Chaturvedi compensation of 15,000 rupees (£154).

Mr Chaturvedi told the BBC: 'I have attended more than 100 hearings in connection with this case. But you can't put a price on the energy and time I've lost.

'It's not the money that matters.'

The court also ordered North East Railway to pay 12 per cent interest on the 20-rupee overcharge for each of the 22 years, totalling 280 rupees (£2.90).

That brings the railroaded passenger's overall payback to £156.90.

And if it isn't paid within 30 days, the railway company must pay 15 per cent interest.

A railway tribunal had dismissed the case, but India's Supreme Court ruled that the lawsuit could be heard in a more sympathetic consumer court.

Chaturvedi said his family urged him to give up the case, but he persisted anyway, and represented himself in court.

He added that he hopes his case can be an inspiration to others: 'One doesn't need to give up even when the fight looks tough.'