After a trophy-laden spell in Manchester, the 27-year-old signed a five-year contract with the Blues in a deal worth £47.5 million. 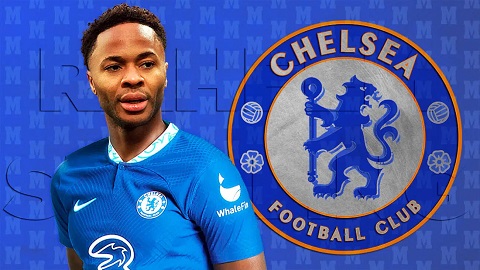 Raheem Sterling has opened up on why he left Premier League champions, Manchester City.
Recall that he recently signed for Chelsea after a trophy-laden spell at Manchester City.
The 27-year-old signed a five-year contract with the Blues in a deal worth £47.5 million.
The England international has acknowledged that he chose Chelsea because he wanted to look back on his career’s peak years as an upward curve rather than a period of decline during which he started fewer games than before.
“As a person, you strive to achieve. I felt my playing-time at City was being limited for different reasons and I couldn’t afford to waste time,” Sterling said. “When I look back I didn’t want to see a decline and I want to keep that level.
“Since the age of 17, I have been a regular starter. But to get to a peak time in my career and not be playing as regular was something I didn’t want to accept. I tried to fight and change the scenario but it didn’t come.
“At first, I had a few options but this was the one that was tailor-made for my personal goals. It made a lot of sense for my family and with the direction of the club. They have been in four or five finals in the last few years and it made a lot of sense.
“I have a lot of memories and top moments at City but in the year and a bit that I was in and out of the team it made me value a lot of things. It was difficult and my kids went to school there but it’s one of those things in life where you have to make the right decision for yourself and your family.”
Sterling did play in 30 Premier League games, scoring 13 times, and another 17 games in all competitions. However, he only played 2,128 minutes in the Premier League and made 23 starts, his lowest total since his first season at City.
Top Stories