Authorities are in the process of extraditing Clenney from Hawaii to Miami. She has not yet appeared before a judge. 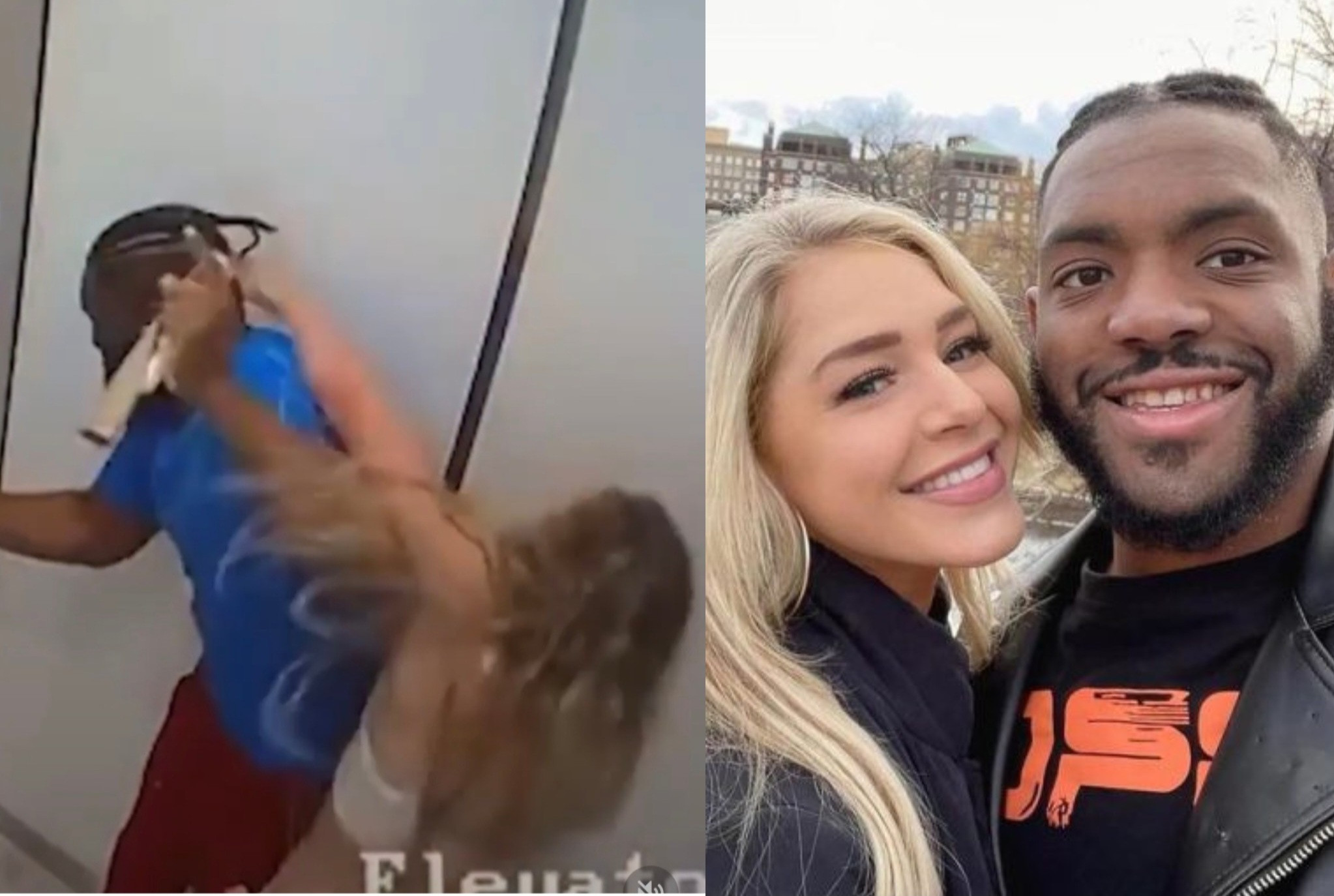 A video has surfaced showing the month an Onlyfans model, Courtney Clenney attacked her Nigerian boyfriend, Christian Obumseli in an elevator months before killing him.
In a footage released this week by prosecutors as part of evidence they found to arrest Courtney over Christian's death, she was filmed slapping, punching and pulling his hair as the 27 year old desperately tried to fend off her attack.
Two months later, on April 3rd, 2022, Courtney stabbed Christian to death with a knife in their luxury Miami apartment. The two had been together for two years.
She claimed self defence at the time and was released. But prosecutors recently found evidence to suggest otherwise. It was even her mum who asked her to claim self defence.
She was officially arrested this week and has been charged with his murder .
At a press conference Thursday afternoon, August 11, Miami-Dade State Attorney Katherine Fernandez Rundle revealed shocking evidence in the case against Clenney, claiming Obumseli had been a victim of domestic violence that ultimately killed him. Fernandez Rundle showed surveillance footage of an altercation in the elevator in the luxury apartment building where the couple lived that took place several weeks before the stabbing incident.
In the video, Clenney, in a white bra top and plaid loungewear pants, pushes, shoves, and jumps on Obumseli, who wears a blue T-shirt and black track pants. He puts his arms out and turns his back to her to press buttons on the elevator panel. At one point, he appears to briefly put her in a headlock, and later pushes her face with his hand.
Fernandez Rundle claimed the clip showed “the defendant aggressively attacking Christian,” adding, “I think [the video] was a descriptive way to show what the relationship was and who the aggressor was.”
Projecting an illustration of a kitchen knife on a screen, Fernandez Rundle explained that on April 3, Clenney stabbed Obumseli with a six-inch blade that penetrated three inches into his chest and pierced his subclavian artery, killing him. She said the medical examiner found that wound was caused by a downward stroke into Obumseli’s chest, contradicting Clenney’s claim that she’d thrown the knife at Obumseli from about 10 feet away. Beyond that, the prosecutor said, there were no signs on Clenney’s body that she’d been injured during the altercation with Obumseli, despite her telling police that he’d pushed her against the wall by her neck and then shoved her to the ground.
Authorities believe Clenney stabbed Obumseli between 4:33 pm, when he arrived home with sandwiches, and 4:57, when she called 911. They added that Clenney had been on the phone with her mother at the time of the stabbing. Her mother told authorities she heard the couple arguing while she was talking with her daughter. About 10 minutes before Clenney called 911, building management called police alerting them to a disturbance in Clenney and Obumseli’s unit. During Clenney’s 911 call, Fernandez Rundle said, Obumseli could be heard in the background repeatedly saying he was dying and that he was losing feeling in his arm. Clenney could be heard saying, “I’m so sorry, baby.”
Their friends painted a picture of Clenney as an aggressive partner with a history of alleged violence toward other men she’d dated, and who joked about her persona as the “toxic girlfriend” as an excuse.
Authorities are in the process of extraditing Clenney from Hawaii to Miami. She has not yet appeared before a judge.
Watch the video below: