Pastor Yerima Timothy, whose wife was among the victims, confirmed that they were released on Tuesday, August 16, after payment of millions of Naira and three motorcycles as ransom. 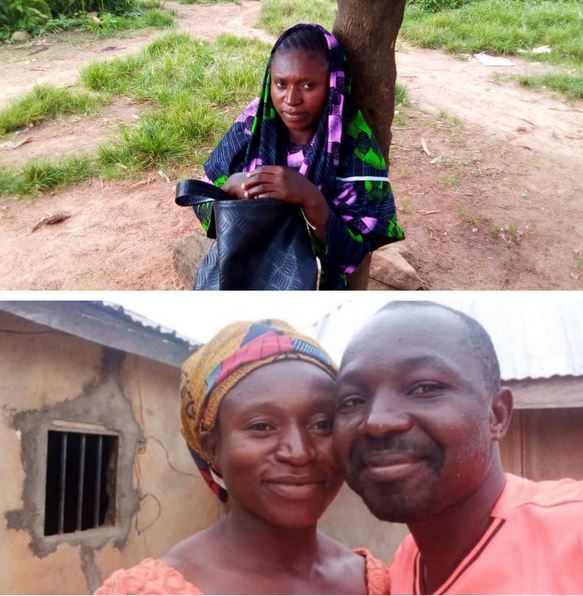 It will be recalled that bandits stormed the community on 21 June 2022, killed a pastor of the Evangelical Church Winning All (ECWA) Ezra Shamaki and another resident.

They kidnapped Pastor Shamaki’s wife alongside 20 others including six men.

Details of the latest development are still sketchy at the time of filing this report, however, Pastor Yerima Timothy, whose wife was among the victims, confirmed that they were released on Tuesday, August 16, after payment of millions of Naira and three motorcycles as ransom.

"Thank God almighty for his mercy over us, our people who were kidnapped in Kasankogi two months ago after paying millions of naira and three honda motorcycles they were released today," he wrote.

Meanwhile, Reverend Ezekiel Garba of Chapel of Good News Church in Kasan Kogi, whose wife was also kidnapped during the attack, earlier told newsmen that the abductors had threatened to marry off their women to their members if the ransom of N100 million isn't paid.

According to pastor Garba, the bandits went straight to the morning fellowship of a group of women meeting at the local Evangelical Church Winning All (ECWA) church.

"They came rushing into the village and split up. Some went to other parts of the town while others surrounded the church. They killed the pastor of the church and kidnapped his wife along with other women in the church.”

The terrorists captured Pastor Garba, his wife Salama and their 21-year-old daughter as they tried to flee, he said.

"They first grabbed my wife at a different corner and snatched my daughter as she was running close to me. When I saw she was crying helplessly, I stopped and submitted myself

“They took us on their bikes to the outskirts of the village where they gathered all the other hostages before moving to the bush. But before then, they asked me to go and mobilize money for them. I pleaded for my daughter and wife, but they only released me and my daughter, who I told them was breastfeeding

"Their leader identified himself as Akakkabe from Niger Republic. He said he left his former base in Sokoto to assist his fellow Muslims here. He warned me not to delay with his money."

Pastor Andrew Galva of the Chapel of Good News Church in Kasan Kogi was also kidnapped with his wife at a different location, and he too was released on the captors’ hope that he would raise ransom money, he said.

"I pleaded that that was the second kidnapping this year in my family, and we didn’t have any money, but they wouldn’t accept it,” Pastor Galva said. 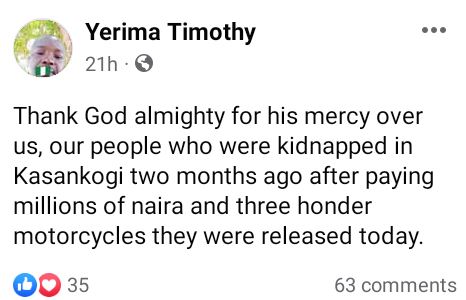