He admonished Nigerians to cherish their tradition and culture, saying that whoever lost tradition lost his or her identity and has no basis for existence. 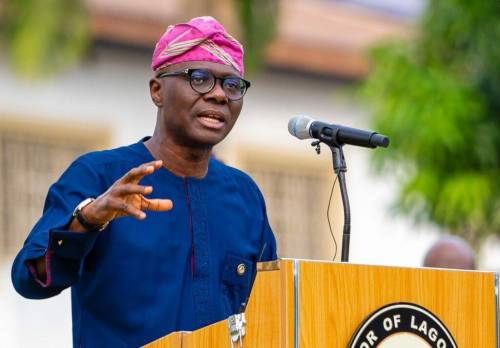 He pledged to give a listening ear to the agitations of traditional worshipers for a public holiday every 20th of August.

Speaking during the 2022 Traditional Day Annual Conference organized by the Lagos State Chapter of   Association of African Traditional Religion of Nigeria and Overseas, AATREN, in collaboration with Lagos State Ministry for Tourism. Sanwo-Olu said traditional religions are significant parts of culture and will continue to receive the recognition it deserves.

His words: “As a government, we will continue to create an atmosphere for our citizens to practice their faith without any hindrance as guaranteed by relevant laws of the land. This administration appreciates and acknowledges the various ways AATREN has contributed to peaceful co-existence in our state, and that is why the call for the official recognition of the 20th of August every year as Traditional Day is receiving the attention of government, especially the State House of Assembly.”

Sanwo-Olu, who was represented at the occasion by the Special Adviser on Tourism, Art and Culture,   Olufemi Martins, said the state will continue to strengthen the bond of unity among the various ethnic and religious groups in society.

He, however, commended the leadership and members of AATREN for enriching and deepening the religion while teaching humanity continually to uphold the age-long legacy passed down by generations.

The President of AATREN, High Chief Ifasegun Elegushi, prayed that the secret of criminal elements in the state will be exposed and no evil person would succeed.

He admonished Nigerians to cherish their tradition and culture, saying that whoever lost tradition lost his or her identity and has no basis for existence.