Former Commissioner for Sports, Hon. Boma Iyaye has been appointed as replacement. 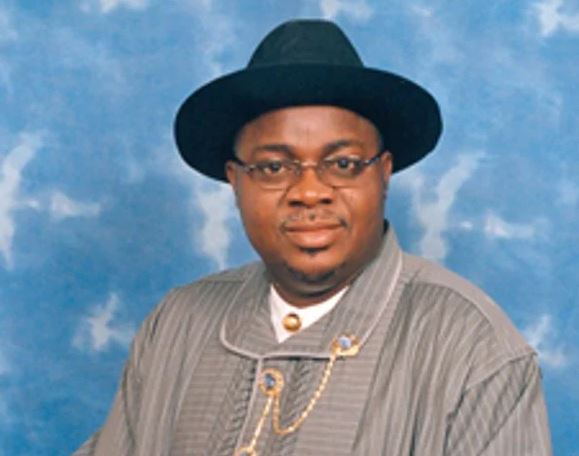 Senator George Thompson Sekibo has been dismissed as leader of the party at Ogu/Bolo Local Government Area of the state by the Rivers State chapter of the Peoples Democratic Party, PDP, over alleged self-centeredness.

Former Commissioner for Sports, Hon. Boma Iyaye has been appointed as replacement.

Recall that Sekibo has been the leader of the PDP caucus in the local government since 2015.

Deputy leader of the caucus in the area, Rt. Hon. Evans Bapakaye Bipi disclosed this while briefing newsmen in PortHarcourt, Rivers State Capital.

Bipi added, “Senator Sekibo was running PDP in Ogu/Bolo as a personal fiefdom without caring about the interest of other members.”

Further, he said “Hon Boma Iyaye, former Commissioner for Sports in the state has since been appointed as the new leader for Ogu/Bolo PDP caucus. He is assisted by Hon Evans Bipi, the Chief Whip of the state House of Assembly.

“Sekibo was not removed from being the leader of the caucus because of a meeting with the PDP Presidential candidate for 2023, Alhaji Atiku Abubakar or with the former national chairman of the party, Prince Uche Secondus. He was removed on grounds of sheer self-centeredness.

“Senator Sekibo was a selfish leader. Imagine a man who craved to become the next Governor of Rivers state after His Excellency, Nyesom Wike. But that same person will not allow me, for instance, to go back to the House of Assembly or the House of Representatives. Is that not selfishness”?