Tristan, who was sitting next to the window, gets up and clears the row while a woman yells to the flight attendants: "Window broken!" 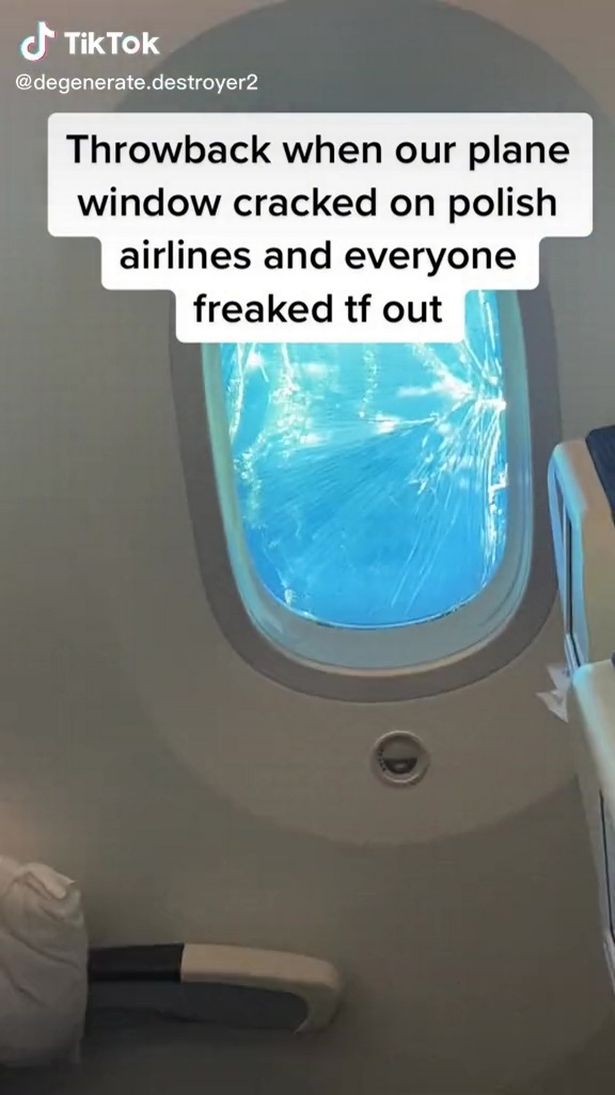 A video has emerged online showing the terrifying moment a plane window was found to be cracked.

The plane passengers found cracks on a window while travelling thousands feet up in the air.

Video taken on the Polish Airlines flight shows visible cracks branching out from the right side of one plane window.

Tristan, who was sitting next to the window, gets up and clears the row while a woman yells to the flight attendants: "Window broken!"

Other passengers look around and some can be heard crying. 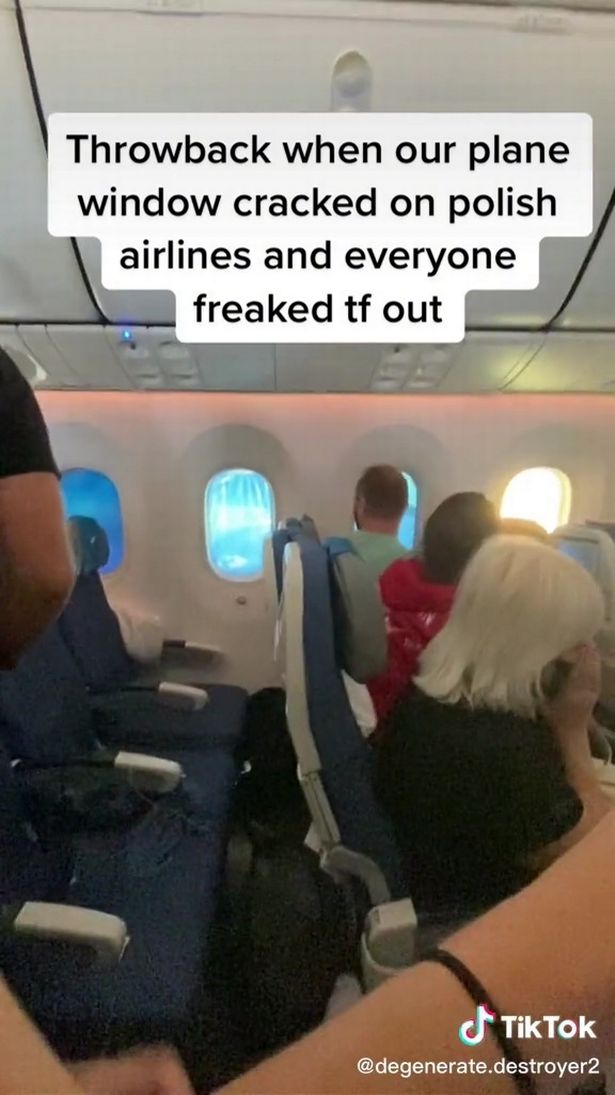 Tristan walks up to the front of the plane as the cabin crew assist other passengers to return to their seats and fasten their seat belts.

The incident happened when the plane was arriving from Warsaw, Poland to New York, US on August 20 and making its descent into John F Kennedy Airport.

The Boeing 787 plane made a safe landing, no injuries were reported.

Following the incident, LOT Polish Airlines confirmed that the damage to the plane window did not compromise the aircraft's pressurisation. 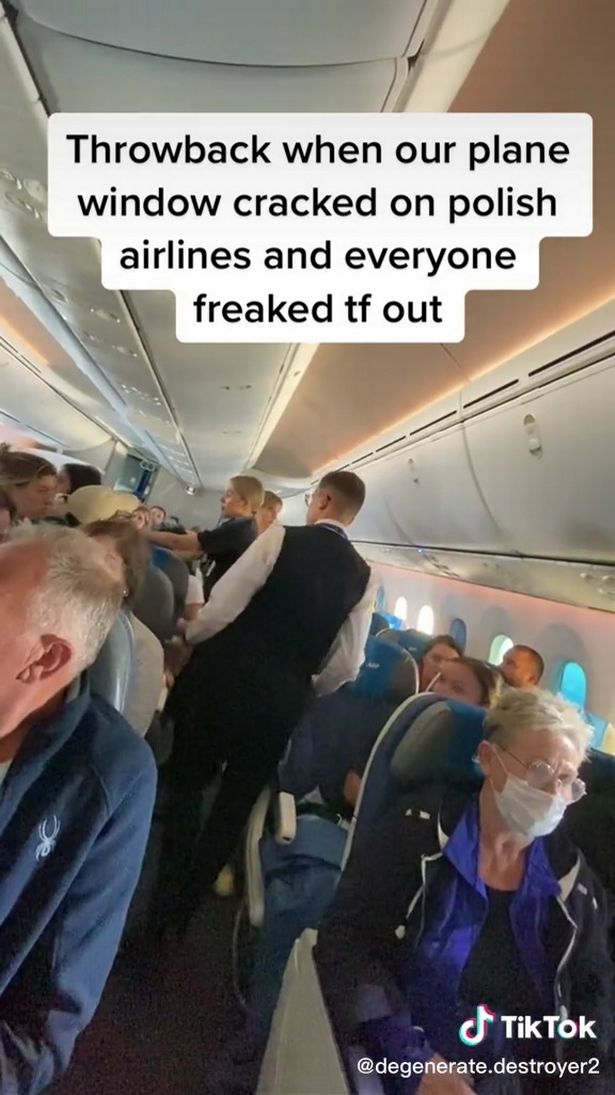 The plane was already in US airspace when the window appeared to crack and it was believed that the damage was done due to severe turbulance.

The pilot initiated a descent to 10,000 feet and around an hour later, the flight landed safely at JFK Airport.

They also confirmed that the damage seen in the photos and videos is on the electrophotochromatic layer only, which allowed the pilot to fly the aircraft back to Poland for repair.