Musician, Spyro Reveals Between Davido And Wizkid Who Is More Successful


Spyro questioned the number of people Machala has ‘made’ in his entire years as a musical artiste. 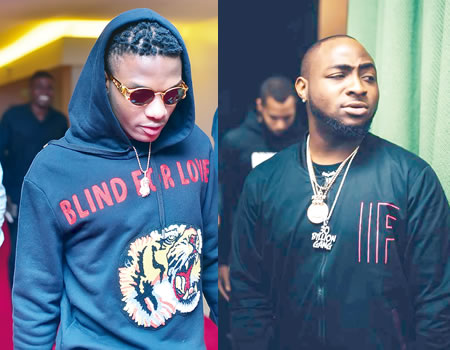 Nigerian singer, Oludipe Oluwasanmi David aka Spyro has revealed between Davido and Wizkid who is more successful.
According to him, Davido is more successful than Wizkid.
In a recent chat, the singer who recently released a Davido-assisted smash jam titled “Billing”, noted though the Afrobeats super stars are both are artistes but it’ll be an absolute joke to compare them.
He argued success as a concept wasn’t about how successful a person was personally but how many persons they’ve been able to help achieve same.
He proceeded to question the number of people Machala has ‘made’ in his entire years as a musical artiste.
But for the 30BG boss, however, Spyro noted he has aided several people including himself to climb up the success ladder.
“I personally feel like it’s a joke to compare Wizkid and Davido. Because, I mean, both are great artistes. Wizkid is a fantastic artiste but in terms of success, I personally feel Davido surpasses everyone including Wizkid.
“To me, how to measure success is how many people have you made. You are a successful person, but the question is, how many people have you made?
“How many people has Wizkid made in his entire years of doing music. But David has made a lot of people, including me,” he stated.
“Billing” is Spyro’s first single for the year 2022 after a successful release of his previous single “Funke (Remix)”, which also featured Davido and Mayorkun.
Top Stories