Gabriel is from Imo State Criminal Investigation Department and is attached to the Police Public Relations Unit of the state police command. 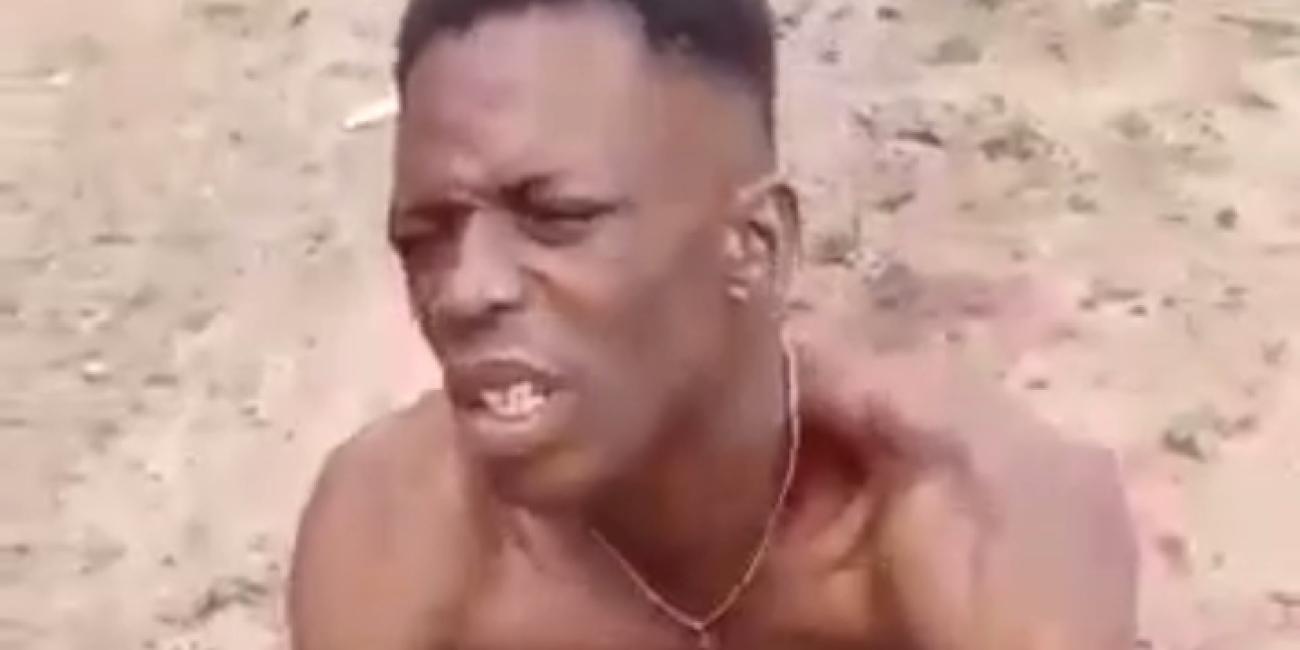 A Nigerian policeman has been seen tortured by some unknown unknown gunmen.

A viral video showed the policeman identified as Gabriel Anyanwu being tortured by gunmen suspected to be members of the Indigenous Peoples of Biafra (IPOB).

Gabriel is from Imo State Criminal Investigation Department and is attached to the Police Public Relations Unit of the state police command.

In the viral video obtained by SaharaReporters, the bleeding policeman is seated on the floor, eliciting pained expressions.

One of the suspected IPOB members was also heard in the background threatening to kill Gabriel for being a member of the Nigeria Police Force, instead of joining “the moving train”.

He also warned youths against joining the police, Ebubeagu security outfit, army and other security agencies.

Although SaharaReporters cannot independently verify where and when the video was shot, it was gathered that the officer was abducted last week.

“All these rubbish, idiotic police youths that supposed (sic) to join the movement, the moving train but went ahead to join the slow train. Did they told (sic) you that that slow train will win? No,” the suspected IPOB member was heard saying.

Although IPOB has denied culpability for the spate of attacks and killings in the geopolitical zone, security agencies have blamed the atrocities on the separatist group.