The spokesperson said the state Commissioner of Police, CP Lanre Bankole, has directed that the suspects be charged to court as soon as investigation is concluded. 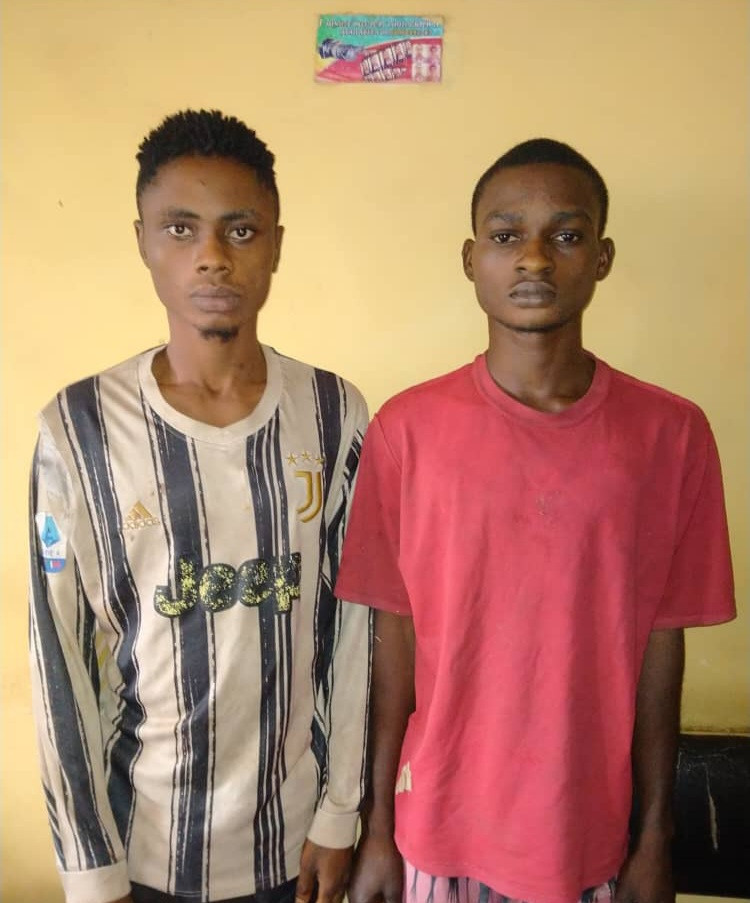 They were arrested after they killed a 40 year old man, Abdullahi Azeez, cut him to pieces and used him for 'money-making' ritual.

A statement released by SP Abimbola Oyeyemi, spokesperson of the state police command, says the suspects; Friday Abinya Odeh 21 years old and Poso Idowu 20 years, were arrested following a report lodged at Owode Egba divisional headquarters on the 9th of June 2022 by  the relatives of the victim, who reported that the victim left his home at Kobape area on the 8th of June 2022 and did not return since then.

''Upon the report, the Commissioner of Police, CP Lanre Bankole, directed the anti kidnapping unit of the state Criminal Investigation Departments to take over the investigation and unravel the mystery behind the sudden disappearance of the man.

In compliance with the CP's directive, the SP Taiwo Opadiran led team subsequently embarked on technical and intelligence based investigation which led them to the hideout of Friday Abinya Odeh on the 22nd of September 2022, where the Airtel Sim card of the victim was recovered. His arrest led to the apprehension of his accomplice Poso Idowu.' 'he said

Oyeyemi said on interrogation, the suspects confessed that they kidnapped the victim on the June 8, 2022 at kobape area, at about 7:30 pm, from where they forcefully took him to the bush, killed him and cut his body into pieces. He said they confessed further that it was one herbalist simply identified as Arab money who they claimed to have contacted on Facebook that prescribed the ritual for them.

He said all efforts to recover the remains of the victim proved abortive as the suspects claimed to have disposed of it.

The spokesperson said the state Commissioner of Police, CP Lanre Bankole, has directed that the suspects be charged to court as soon as investigation is concluded.