Passport: No Shortage of Passport Booklets, Apply Months Ahead Of Time - Aregbesola


He said that full digitisation would completely eliminate any form of contact between passport applicants and immigration officers. 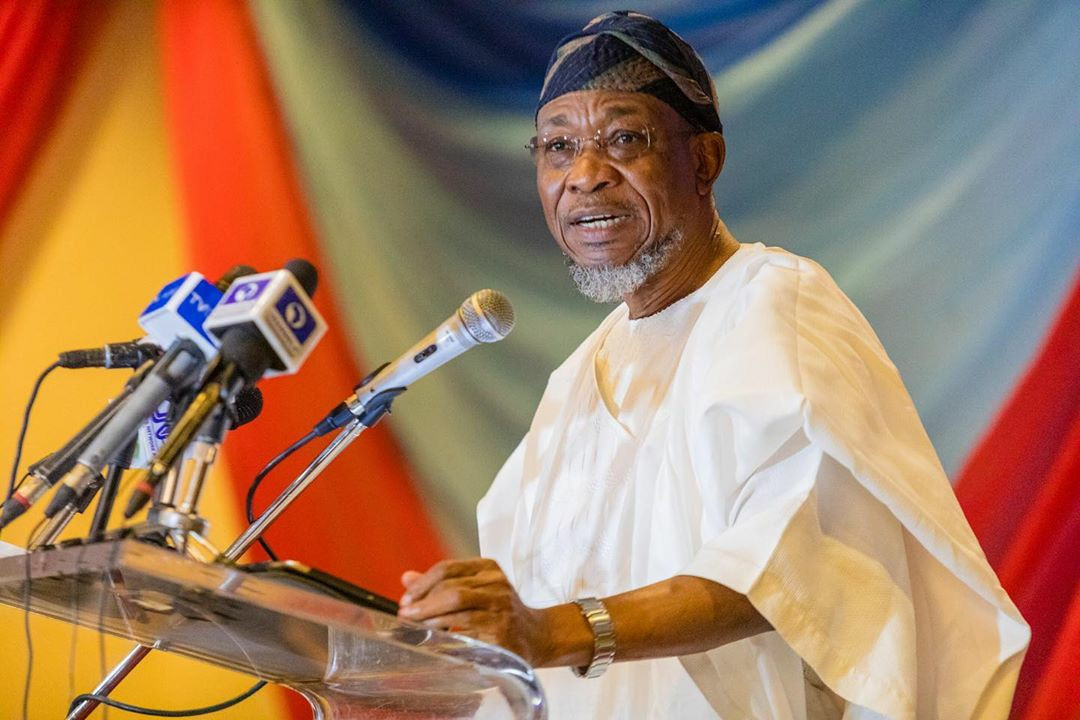 The Minister of Interior, Rauf Aregbesola has said Nigerians in need of passport should apply months ahead of time.
This is as he confirmed that full digitisation of Nigerian passport processes would be completed by December.
Mr Aregbesola disclosed this when he was featured on the News Agency of Nigeria (NAN) Forum in Abuja.
He said that full digitisation would completely eliminate any form of contact between passport applicants and immigration officers.
According to him, this will eliminate the inherent corruption in the system.
The minister said that the project was one of the priorities of President Muhammadu Buhari's administration.
"We are on it, and by December we will remove any manual processing of passports.
"Now, we still have some manual parts, because files are still manually opened.
"By December, particularly in the busiest passport processing centres, there will be no manual segment of the passport processing, every part of it will be digitised," he added.
According to him, there is no shortage of passport booklets in the country and advised applicants to begin the processing of their passports at least six months before the scheduled time of travel.
"If you need a passport now, start the process very early, do not begin the processing efforts two weeks to your travelling.
"If you don't, already you have created problems for yourself, because the system, after capturing, which is enrolment of your data, we harmonise it with the National Identity Management Commission (NIMC) database," he said.
Aregbesola also urged passport applicants to ensure their names and other information tallies with their details on the National Identity database.
"Every identity document must be the same to ease capturing," he said, adding that even wrong arrangements of names could create delays in the processing of passports.
"You must understand what it is. It is a presidential order that the new passport regime should be such that all data, everything about you as an individual must be the same and harmonised.
"What you have in the passport, which is the most secured identity document, must be the same with every other aspects of you, whether in the bank or at the national identity database.
"When you come to us to register, after filling your form online, you come for data capturing, and what you do there is to harmonise what you have filed in your form and your bio-data as we advance.
"So when your name doesn't tally with what we have, your data information is not the same on the relevant platforms, we will have some challenges with passport processing," he said.
Don't patronise touts, corrupt NIS officials
Mr Aregbesola also urged Nigerians to stop patronising touts, scammers and unscrupulous immigration officials when applying for Nigerian passports.
He said this was necessary to stop corruption in the system.
He said Nigerians must resolve to send the touts, scammers and unscrupulous immigration officials out of business.
"An illegitimate business company had been created around passport.
"It requires commitment, dedication and participation of Nigerians in eliminating and getting rid of such illegitimate business," he said.
The minister said that as long as Nigerians want a shortcut to passport processing, challenges would continue to occur in the issuance process.
According to him, those who patronise touts and unscrupulous passport officials are the ones mostly facing challenges with the process.
He, therefore, said passport applicants must follow due process and help to eliminate corruption and infuse integrity into passport administration.
"Please, shun any appeal to get the passport through a third party, tout or scammers, by, first of all, starting the process early.
"If I want to recommend, I will say begin, unless there is an emergency, begin the processing six months to either the expiration or renewal or getting a new one.
"If you start six months ahead, there will be no issue at all. And why is six months recommended by me? Because that is the minimum period that you can even process any visa," he said.
Mr Aregbesola said that within the six months, no matter how reckless the human factor involved may be, there would be no anxiety.
The minister called on the media and the public to help in curbing the menace and encourage passport applicants to do the right thing at all times. - Agency Report
Top Stories