He declined the offer because of conflict of interest emanating from various responsibilities in which he acts as a leader of different platforms where political neutrality and objectivity are required of him. 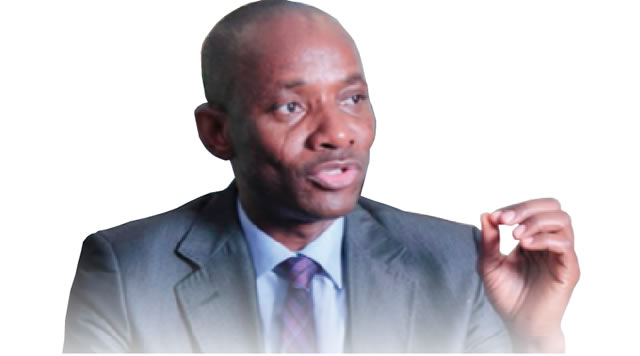 A renowned scholar and Director, Abuja School of Social and Political Thoughts, Dr. Sam Amadi has declined an appointment to be a member of the 2023 Election Presidential Campaign Council of the Peoples Democratic Party.
He was appointed as Director of Research for the PDP presidential campaign.
According to him, he was declining the offer because of conflict of interest emanating from various responsibilities in which he acts as a leader of different platforms where political neutrality and objectivity are required of him.
Amadi stated these in his letter dated October 10, 2022, addressed to the Director-General, PDP Presidential Campaign Council and Governor of Sokoto State, Aminu Tambuwal, titled, ‘Non-acceptance of appointment as Director of Research for the Peoples Democratic Party PCC’, obtained by The PUNCH in Abuja on Tuesday.
The letter partly read, “First, many thanks for the offer to be the Director of Research for the PDP Presidential Campaign Committee for the 2023 presidential election. I consider it a great honour to be considered fit for such a high office of a great presidential committee. I am also delighted that the committee is headed by a man of your character and pedigree, someone I have had the honour and privilege of working with in the past. I have no doubt that you will, as always, make a huge success of this opportunity.
“Notwithstanding that I am honoured to be appointed as one of the directors to work with you, I humbly want to decline the appointment, and hereby abstain from participating in such a role. The decision to decline the offer has stemmed from the conflicts of interest emanating from various responsibilities in which I act as a leader of different platforms where political neutrality and objectivity are required of me.
“These platforms are as follows: The Abuja School of Social and Political Thoughts (ASSPT):
As Director of the school, I bear the responsibility to lead a group of intellectuals and scholars of diverse political and ideological stripes with a commitment to rethink the nature of the social, political, and economic crises of statehood in Africa, and to develop new ideas and policies to transform Nigeria and other African societies.
“The school is working on a detailed review of the economic plans of the leading candidates and their manifestos on how to enhance Nigeria’s electoral democracy. This clearly requires me to maintain a high degree of non-partisanship.
“The Political and Strategy Committee of the Christian Association of Nigeria: As the Secretary of the Committee, I bear responsibility to support other distinguished Christian leaders to guide the leadership of the Christian community to work together with leaders of other faiths to fashion a common agenda for justice, freedom, unity, and prosperity of the Nigerian state.
“As part of this responsibility, I helped to put together The Charter for A New Nigeria, a non-partisan, not denominational Christian vision of justice, fairness, freedom, and prosperity for all Nigerian peoples and citizens. Members of the committee have different political views and interests, and my leadership needs to be non-partisan in order to be effective.
“An acceptance of this appointment will undermine the neutrality expected of my standing and membership of the committee.
“Arise News: For some years I have been an analyst on Arise News, which I consider one of the most strategic institutions for national development and sane deliberative democracy through analytical news reporting. My role in that reputable media platform also requires non-partisanship, even as I am free to express my opinions. I greatly cherish these institutional roles and believe that they require me to maintain the non-partisanship posture that has allowed me to provide insights that have helped both institutions and critical stakeholders deliver on their mandates.
“Whereas as a policy expert, I am free to offer ideas and insights to a presidential campaign, I believe that the level of objectivity I am identified with in these strategic roles will be compromised if I am to become a director of a political party’s presidential campaign.
“I know that in developed democracies, non-partisans are often co-opted into presidential campaigns to offer professional services without compromising their objectivity and intellectual neutrality. But Nigeria is not yet at this stage in our politics.
“In all these premises, again, I humbly plead that I will not be able to accept the offer and appointment.
“My rejection of the offer is in no way a vote of no-confidence in the PDP presidential campaign or a rejection of the virtues of the members of that great party and its presidential candidate.”
Top Stories