Dahiru said that the suspects were arrested when the operatives of the Islamic police were on a ‘reap what you sow’ operation. 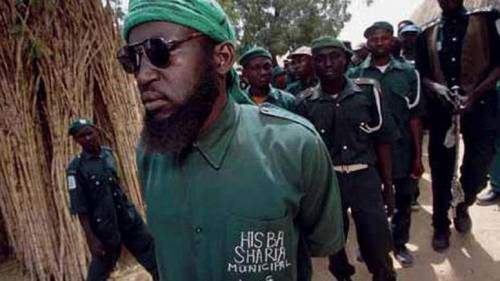 31 persons including 25 women, have been arrested by the Islamic police, Hisbah in Jigawa State on Wednesday.

They were arrested for engaging in what the police termed “immoral act” in the Kazaure local government area of the state.

Confirming the arrest, the Hisbah Commander, Ibrahim Dahiru, told newsmen in Dutse, the state capital that the suspects were arrested at about 6:00am for engaging in prostitution and drinking of alcoholic beverages.

Dahiru said that the suspects were arrested when the operatives of the Islamic police were on a ‘reap what you sow’ operation.

He explained that upon their arrest, 55 bottles of assorted alcoholic beverages and 50 litres of locally-brewed alcohol known as burukutu were seized from the suspects.

The Hisbah Commander noted that the arrested suspects and the seized items have been handed over to the police in the area.

Commending the residents of the state for their support and cooperation with the Islamic police, Dahiru reaffirmed that Hisbah would continue to fight against immoral acts in all parts of Jigawa State.

BREAKING: One Dies, Another Injured In Soldiers Shootout In Ibadan
Popular Stories