Recall that the Appeal Court had last week discharged and acquitted the IPOB leader of all terrorism charges leveled against him by the Federal Government. 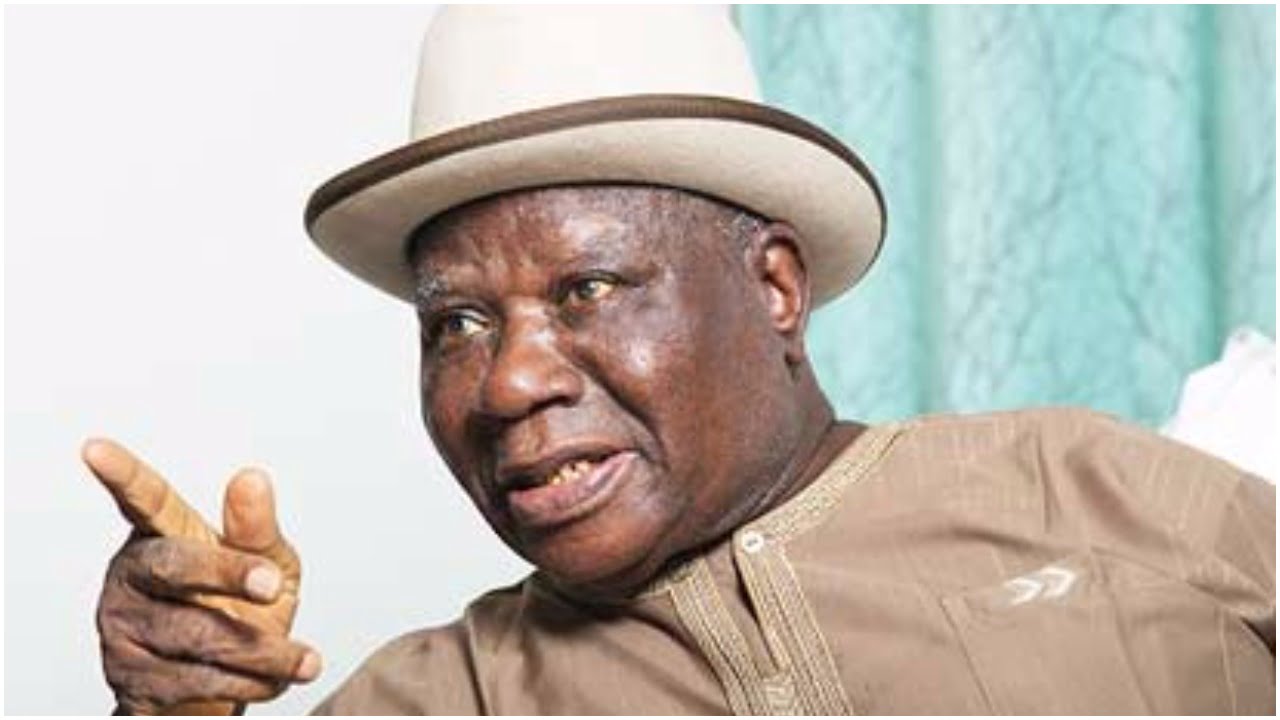 President Muhammadu Buhari has been called out by the leader of the Pan-Niger Delta Forum, Edwin Clark.
Clark called on Buhari to obey the ruling of the Appeal Court and release the leader of the Indigenous People of Biafra, Nnamdi Kanu.
Recall that the Appeal Court had last week discharged and acquitted the IPOB leader of all terrorism charges leveled against him by the Federal Government.
But the Attorney-General of the Federation and Minister of Justice, Abubakar Malami insisted that Kanu was only discharged but not acquitted.
The National Security Council also backed Malami’s stance, debunking Kanu’s complete acquittal. The development has kept the secessionist in the custody of the Department of State Services, DSS, despite the judgement.
In a statement on Monday, Clark, an elder statesman, recalled how President Muhammadu Buhari vowed during several meetings with Southeast stakeholders that he would obey the decision of the court regarding the IPOB leader.
“Now that the Court of Appeal has given its judgment on the matter, I am imploring the President to obey the judgment of the court and release the young man, and allow peace to reign.
“At this time, when insecurity is the order of the day, anything that would enhance the peace and stability of the country must be embraced”, he said.
Clark also tackled Malami over his stance, saying he (Malami) had abandoned part of his job and was now involved in what he described as “executive rascality.”
“I have, sadly, observed that the Attorney General has, no doubt, abandoned part of his job and is now involved in ‘executive rascality’, to the chagrin and dismay of patriotic Nigerians at home and abroad,” he added.
Top Stories