Ekweremadu and his wife, Beatrice are standing trial in the United Kingdom over an alleged conspiracy to harvest the organ of one David Ukpo. 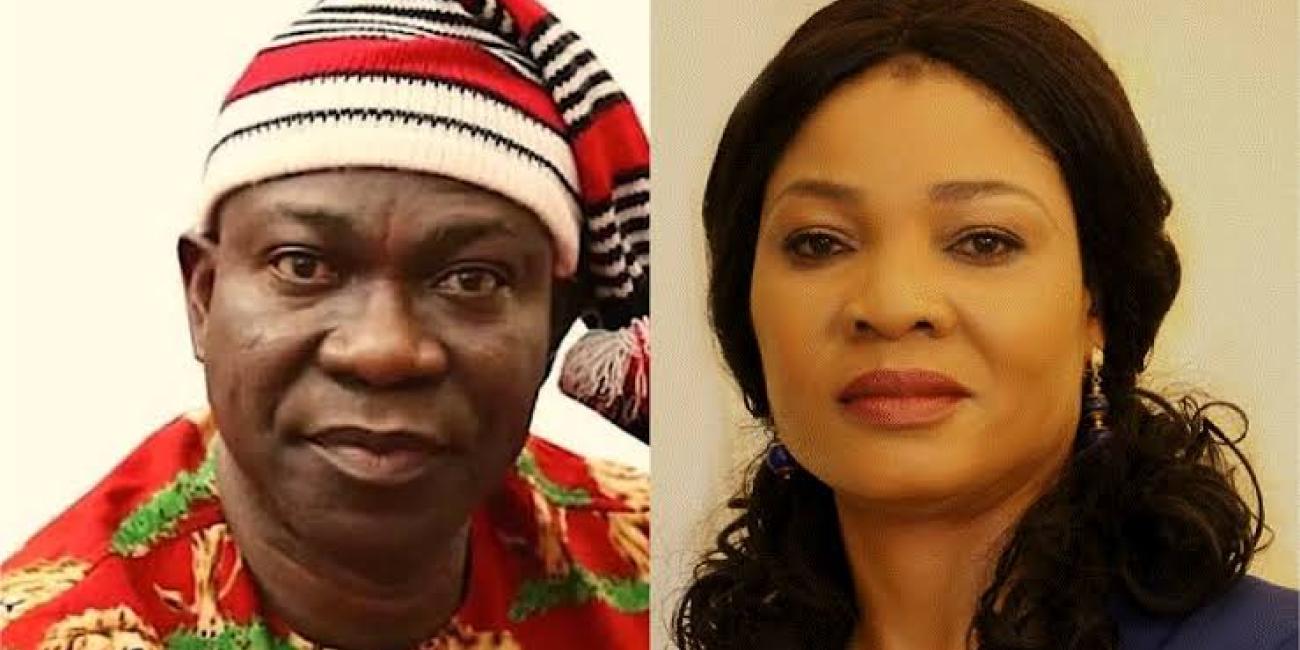 November 9 has been fixed by Justice M.G. Umar of the Federal High Court sitting in Enugu to hear the motion seeking to regularise the suit seeking to declare Senate Ike Ekweremadu's seat vacant.

Ekweremadu, one-time deputy President of the Nigerian Senate, who hails from Mpu community in the Aninri Local Government Area of Enugu State, is representing Enugu West senatorial district at the upper legislative chamber of the National Assembly.

Meanwhile, Ekweremadu and his wife, Beatrice are standing trial in the United Kingdom over an alleged conspiracy to harvest the organ of one David Ukpo.

The couple were arrested by the Specialist Crime Team of the Metropolitan Police in London in June 2022.

Sequel to his long absence in Nigeria to represent his constituency at the Senate, an Enugu-based lawyer, Ogochukwu A. O. Onyema who contested the Peoples Democratic Party primary election for the Enugu West senatorial ticket with Ekweremadu in the 2019 election, is seeking a court order declaring the senator’s seat vacant.

He contended that since it is obvious that Ekweremadu cannot currently represent his constituency at the Senate because a UK court has refused to grant him bail, it was imperative for the court to declare his seat vacant for another person to fill the void.

A hearing in Ekwereamdu’s case will come up in June 2023.

When the matter came up on Wednesday, Justice Umar who was transferred to Enugu Division and sat for the first time, asked the applicant to serve hearing notice to all the parties in the suit since the court could not take his motion to amend his originating summons.

He consequently adjourned the suit till November 9, 2022, to hear the motion.

Ekweremadu, who is the third respondent was represented in the court by his counsel, Ogochukwu Onyekwuluje.

Joined in the suit marked FHC/EN/CS/7/2022 as respondents are the Senate President, Clerk of the Senate, Peoples Democratic Party, National Chairman of PDP, the Independent National Electoral Commission (INEC), Senator Ike Ekweremadu himself and one other.

The originating summons which the Plaintiff/Applicant (Onyema) seeks to regularise besought the court “to command and mandate” the National Chairman of the PDP, Dr Iyorchia Ayu, and PDP to “nominate, and forward” his name to the National Assembly “as a replacement” for Ekweremadu.

He also prayed the court to command and mandate the Chairman of INEC, Prof. Mahmood Yakubu, and INEC to “withdraw or revoke, as the case may be, the Certificate of Return earlier issued to the 3rd defendant (Ekweremadu) and issue a fresh “Certificate of Return” to him.

Ekweremadu at the PDP senatorial primary election, which took place at Awgu, Enugu State, on October 2, 2018, polled 690 votes to emerge as the winner, defeating his closest rivals, Mr. Isaac Okah, who got 84 votes. Onyema polled 61 votes to come third.

Also in an originating summons, Onyema wants the court to determine, among others: “Whether it is the intendment and contemplation of the Constitution of the Federal Republic of Nigeria (1999) as amended 2018; the Senate Standing Orders 2015 as amended; and the Senate Legislative Calendar 2022, that the seat of Enugu West Senatorial District in the 9th Senate will be declared vacant by default, if the Senator representing, without just cause absent from sittings of the Senate for a period amounting in the aggregate to more than one-third of the total number of days during which the Senate meets in one year, which is one-third of 181.”

However, Senator Ekweremadu in a counter-affidavit filed in opposition to the suit urged the court to dismiss the application in its entirety.

Ekweremadu through his lawyers is challenging the jurisdiction of the court to entertain the matter.

Led by Umoru Jubrin, the legal team asked the court to dismiss the matter with substantial cost against the Plaintiff to discourage the filing of frivolous applications.

In the counter-affidavit, Ekweremadu's lawyers argued that all defendants in the suit reside in Abuja, outside the territorial jurisdiction of the court.

They maintained that "the suit is speculative, academic and an abuse of court process," adding that the Plaintiff has no locus standi to approach the court to seek the declarative reliefs contained in his originating summons.

Ekweremadu's lawyers urged the court to dismiss the matter in the interest of society and fairness as the 3rd defendant is currently facing some personal challenges leading to his inability to carry out his duties as the senator representing Enugu West.

They urged the court to consider the fact that Ekweremadu’s detention by the UK Government is totally against his wish, desire and control.

The lawyers argue that “neither the first defendant as presiding officer nor the 2nd defendant has been presented with any evidence satisfactory as required under Section 68 (2) of the constitution to make the provisions of Section 68 (1) applicable as contemplated.

“That the suit as currently constituted is against the principles of Separation of Powers in a Constitutional Democracy.

“That the Suit is an attempt to transfer the duties of the Legislature to the Judiciary.

“That there was no pre-action notice to the second defendant or the Clerk of the National Assembly.

“That the court lacks the jurisdiction to entertain the suit as constituted.”