The fire was, however, combated by men of the Anambra fire service, who promptly arrived at the scene and battled the fire. 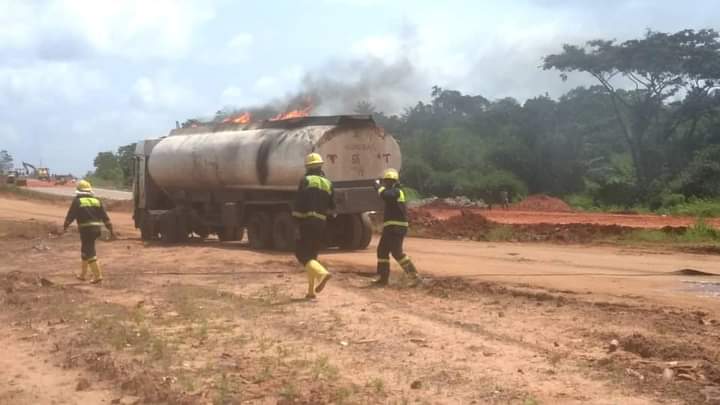 A truly horrific disaster has been averted in Enugu State, Daily Post reports.

The tragedy was averted on Friday as a fully loaded petrol tanker suddenly went up in flames at Ugwuoba, a border town in Enugu State, housing the Hausa community.

A source said the incident happened at noon when leakage in the tanker caused a fire to erupt.

The fire was, however, combated by men of the Anambra fire service, who promptly arrived at the scene and battled the fire.

Chief firefighter in Anambra, Mr Martin Agbili who confirmed the incident said the fire was effectively put off, after a fight by men of the command.

“The fully loaded tanker with 35,000 litres of petrol was parked along the road and suddenly it caught fire due to the petrol leakage from the top of the tank through direct sunlight.

“The tanker was saved, and the fire was also prevented from entering inside the main petrol tank. There was no loss of life.”