The 'Godwin' hitmaker had stated that 100 million dollars isn’t a lot of money before he was dragged online.

Popular singer, Korede Bello has been dragged online over his reaction to Burna Boy’s claim that he has already made $100M this year.

It would be recalled that an unusual and totally unexpected banter had been passed between the two Nigerian music stars, Burna Boy and WizKid.

Wizkid had taken to his page to vent about being disrespected in the music industry and had urged other singers to refer to him as their daddy because even if he decides to leave music, they’d never get close to the wealth he has amassed.

Burna Boy had taken to his page to say that he can’t talk money with anyone if they haven’t made 100 million dollars this year.

Korede Bello had decided to weigh in on the matter and offer his two cents.

The “Godwin” hit maker had stated that the 100 million dollars isn’t a lot of money.

This stirred varied reactions from netizens who appear to think he doesn’t fit in their discussion. 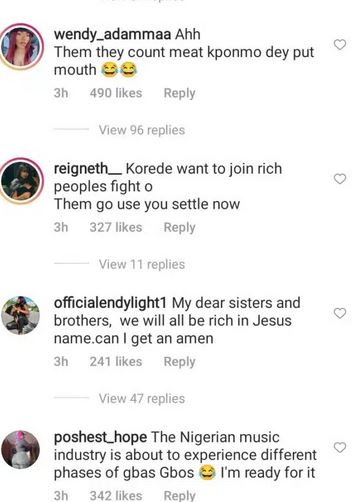 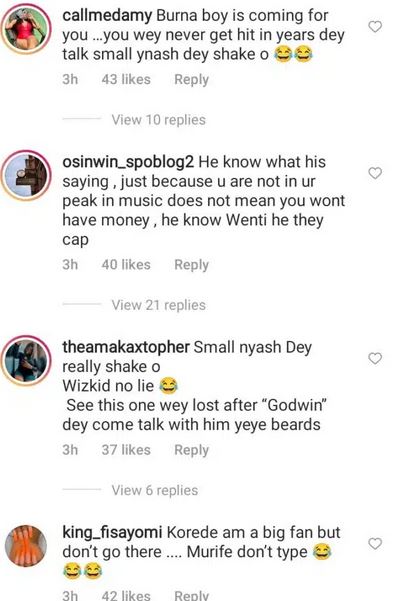