I Attract Both Gender - James Brown


He shared photos of himself dressed as a man, adding that he is more of a man than those criticising him. 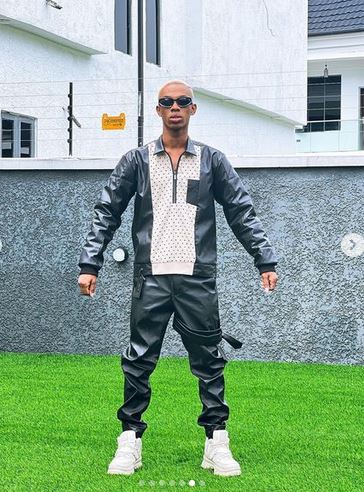 Controversial crossdresser, James Browm has disclosed that he attracts both the male and female gender.

The 23-year-old who has been posting photos of himself on social media dressed as a man has also crowned himself as the ‘prince of Africa’.

The crossdresser dumped women’s clothing days after the s3x tape went viral and he has been advertising masculine outfits for a particular fashion brand.

However, James came under heavy criticism as some accused him of trying to gain more popularity with the gender switch.

Responding in an Instagram post on Monday, James Brown shared other photos of himself dressed as a man, adding that he is more of a man than those criticising him.

He wrote: “I attract both genders, I’m more of a man than your boyfriend.”