Farotimi on Thursday said Tinubu has been dodging debates outside his control ahead of the 2023 presidential election. 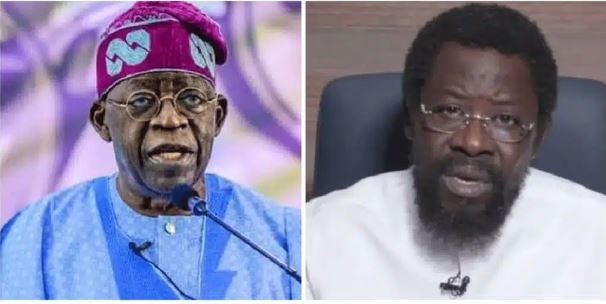 A spokesperson of the Labour Party (LP) presidential campaign, Dele Farotimi has called out the presidential candidate of the All Progressives Congress (APC), Bola Tinubu for dodging debates.
Speaking on Thursday, Farotimi vowed to wear Tinubu’s campaign cap for as long as this season lasts if the presidential candidate dares to attend any of the debates.
Farotimi stated this on Thursday morning while fielding questions on Arise TV’s morning show.
He added that anytime the presidential candidate of the Labour Party, Peter Obi submits himself for debate, Tinubu would be represented by Kashim Shettima, his running mate.
Farotimi noted that in the case of the presidential candidate of the Peoples Democratic Party (PDP), Atiku Abubakar, he would be represented by Ifeanyi Okowa.
He said, “We have an electoral process that has also incorporated debates, town meetings, and interactions with the public, at least with the critical members of the public, since not every one of the 200 million Nigerians would fit into these stadiums where they have these jamborees.
“The expectation is that the likes of you can ask critical questions and will have the opportunity to ask these questions of the presidential candidates.
“At least there are four leading candidates who are expected to submit themselves to this process, but a particular candidate in the person of Asiwaju Bola Ahmed Tinubu has been particularly evasive and dodgy about submitting himself to any sort of interrogation that is outside his control.
“We have had the occasion to jokingly demand that he should come and submit himself to the Arise TV studio, that I will wear his cap (the BAT cap) for as long as this season lasts if he would dare. But the gentleman has continued to evade this.”
Top Stories