Gaadi, who was posted from Enugu State Command of the corps to Bayelsa to take over as the second in command in April, was reported missing after he was given a pass to travel in October. 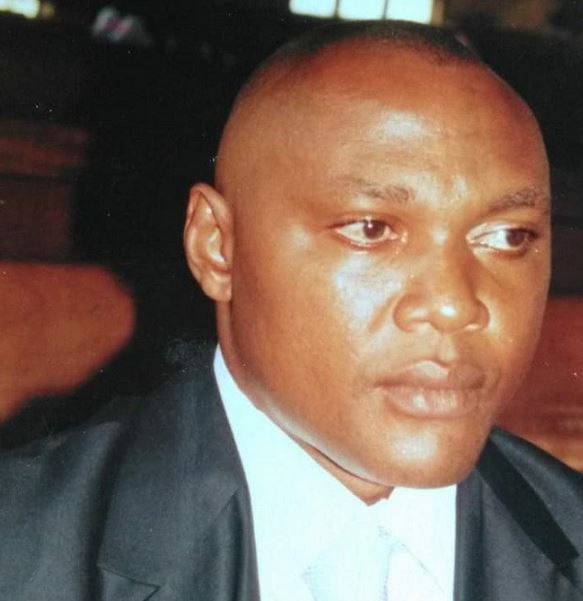 The Deputy Commandant of the Nigeria Security and Civil Defence Corps, NSCDC, Bayelsa State Command, Mr. Raymond Terwase Gaadi has been reported missing by his family.

Gaadi, who was posted from Enugu State Command of the corps to Bayelsa to take over as the second in command in April, was reported missing after he was given a pass to travel in October.

According to a Daily Trust report, the fear within the command and the family is whether the senior officer is still alive, as his phone numbers were switched off since he got missing.

It cannot be confirmed whether the NSCDC officer was kidnapped, involved in an autocrash, or fell victim of the rampaging flood that was at its peak at the time of his disappearance.

Narrating the family’s ordeal, his elder brother, Mr Terkura Gaadi, said that after missing his brother’s calls on October 22nd, he could not reach him, as his phones rang off the hook until October 30th when all the lines were switched off, the report stated.

"He was transferred from Enugu and he resumed work in Bayelsa in April, where he was until he went missing in October," he said.

"He visited me in May and informed me that he has resumed his new posting. Actually, he called me on October 22, around 6p.m., but I missed his call,"

"When I called back, I did not get any response from him, so it was around October 30 that his phones were totally switched off up till today. That was when we started sensing that something must have happened to him.

"We have already written to the Inspector General of Police and Commandant General of NSCDC. They should find the whereabouts of our brother who came to serve the nation in Bayelsa State. We want to see him alive."

Meanwhile, authorities of NSCDC in Bayelsa State, who confirmed the disappearance of Gaadi, said they are investigating, as he was given a pass to travel to his former command in Enugu.

The NSCDC spokesman in Bayelsa State, Mr Solomon Ogbere, said the command is working with other sister-agencies to unravel the circumstances of his sudden disappearance.

He, however, debunked the allegation that somebody was refusing to handover the Deputy Commandant’s portfolio to Mr Gaadi, saying he was in crisis management section when he was appointed as Second-in-Command in Bayelsa State.

"He told the State Commandant that he was travelling to Enugu to carry his loads to Benue state. He was given a pass; he left and up till now, we have not heard anything from him," Ogbere said.

"We have called the Sector Commander of FRSC to contact his Enugu colleague, because we learnt there was an accident along that axis, for them to help us check the persons that were involved.

"If our personnel was among, we can know what to do, because his numbers are not going through; we are also very worried. He did not travel with any detail attached to him. He was not even supposed to travel to Enugu without his car.

"We have already communicated to the national headquarters and we are doing everything possible to find him, because he is a friend of all. He is a very humble and nice person," Ogbere added.