ISWAP Says It Attacked Red Cross Office In Borno, Burnt Over 20 Vehicles, Took Others Away


As part of the statement, the terror group also posted pictures of its attack on the Red Cross compound. 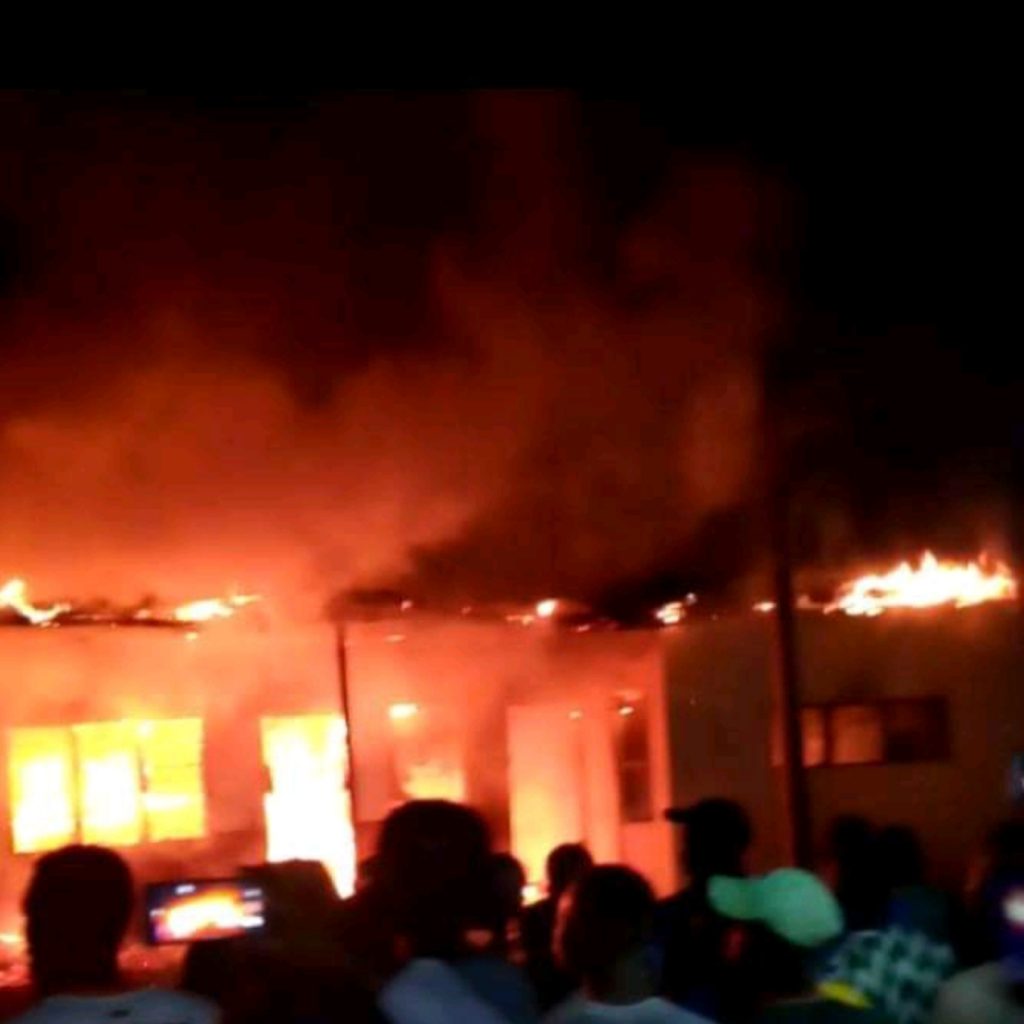 The group reportedly attacked the compound of the International Committee of the Red Cross in Mongunu, Borno state.

Borno is in northeastern Nigeria and is the epicentre of insurgency in the country.

In a statement sighted by SaharaReporters on Wednesday, the terrorist group said it burnt over 20 official vehicles of the Red Cross and reportedly drove some away after the attack that took place last Thursday.

As part of the statement, the terror group also posted pictures of its attack on the Red Cross compound.

The attack it was gathered happened at about 1 am last Thursday.

In October 2018, the terror jihadists, a faction of Boko Haram, executed Hauwa Leman, an aid worker with the ICRC.

Leman, a 24-year-old midwife and student of health education at the University of Maiduguri, was in the group that was abducted.

ISWAP, in a short statement, then said: “We have kept our word exactly as we said, by killing another humanitarian worker, Hauwa Leman, who is working with the International Committee of the Red Cross (ICRC) that were abducted during a raid on a military facility in Rann, Kala Balge in March 2018.

“Saifura and Hauwa were killed because they are considered as Murtads (apostates) by the group because they were once Muslims that have abandoned their Islam, the moment they chose to work with the Red Cross, and for us, there is no difference between Red Cross and UNICEF.

“If we see them, we will kill the apostates among them, men or women, and chose to kill or keep the infidels as slaves, men or women.”

ISWAP is primarily active in the Chad Basin and fights an extensive insurgency against the states of Nigeria, Cameroon, Chad, and Niger.