Police in a statement on Tuesday, November 29, 2022, said the duo was arrested in Hammanskraal on Monday. 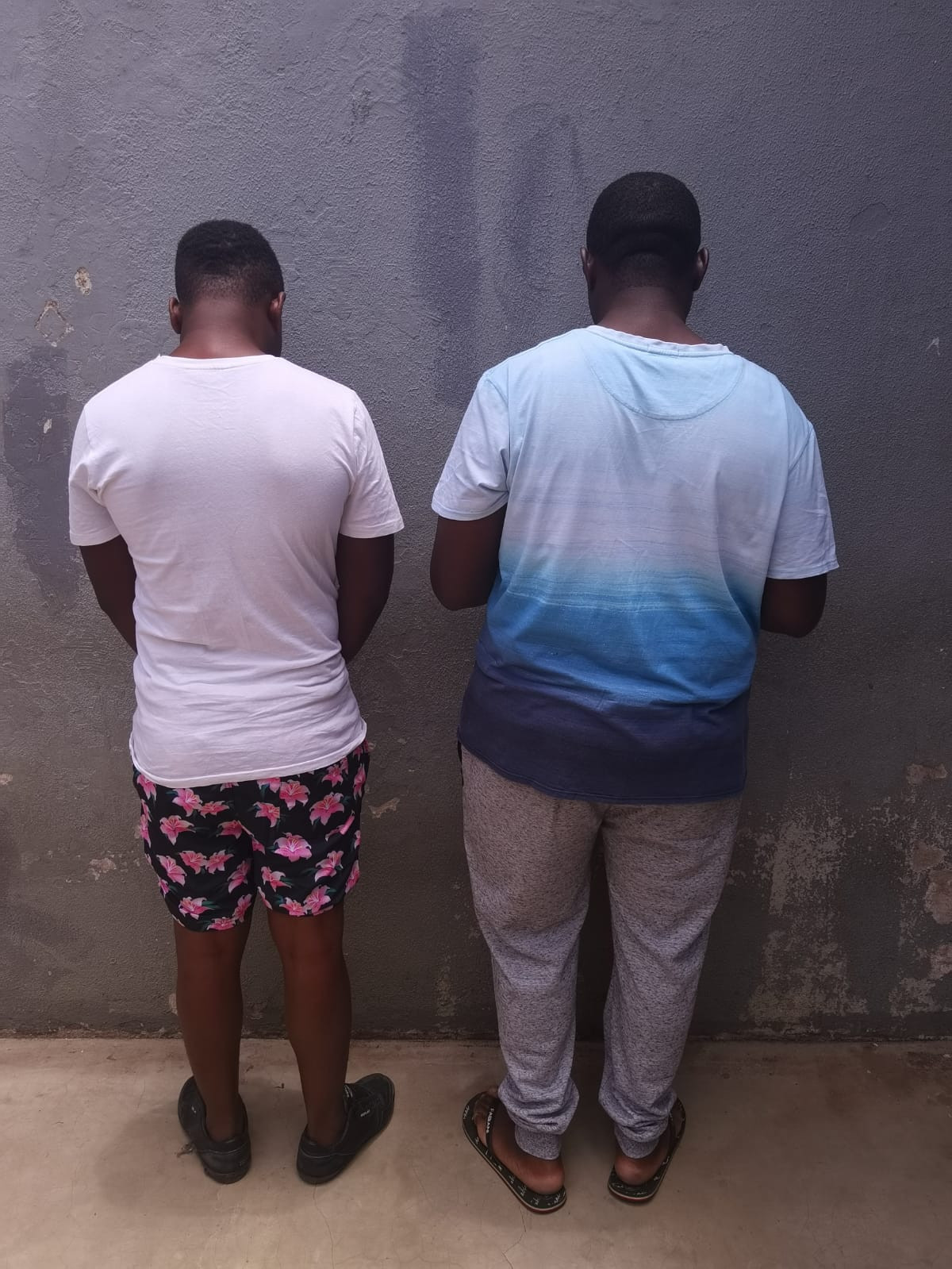 Two Nigerians have been apprehended for fraud in South Africa.
According to the Police in Gauteng, South Africa the two Nigerian nationals allegedly scammed and robbed online buyer after placing adverts on social media about a car on sale.
Police in a statement on Tuesday, November 29, 2022, said the duo was arrested in Hammanskraal on Monday.
"Following a case that was reported to the police, the suspects’ activities online were monitored. One of their victims had reported that he saw an advertisement for a vehicle in the area of Dilopye, Hammanskraal and made contact with the seller," the statement read.
"Both the buyer and the seller met and the transaction was made of R80 000. The alleged seller fled the scene with the victim’s cash and the vehicle that has just been purchased, leaving the victim stranded.

"The same group of suspects allegedly placed another advertisement for the same vehicle and the victim noticed it and informed the Investigating Officer.
"The suspects were then traced and arrested as they were about to scam and rob another unsuspecting victim." 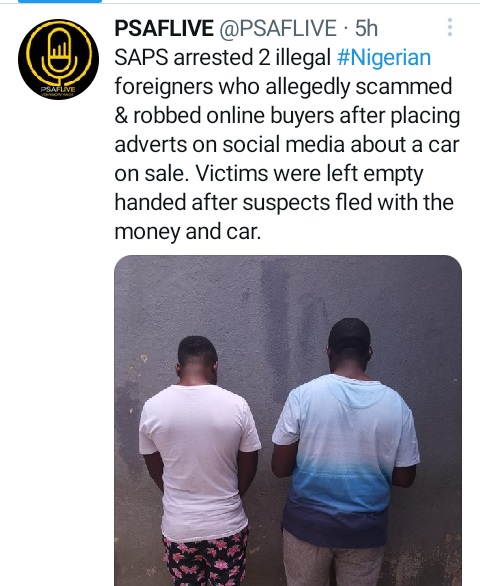